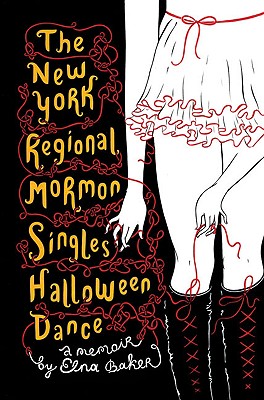 It's lonely being a Mormon in New York City. So once again, Elna Baker attends the New York Regional Mormon Singles Halloween Dance-a virgin in a room full of virgins doing the Macarena. Her Queen Bee costume, which involves a black funnel stuck to her butt for a stinger, isn't attracting the attention she'd anticipated. So once again, Elna is alone at the punch bowl, stocking up on generic Oreos, exactly where you'd expect to find a single Mormon who's also a Big Girl. But loneliness is nothing compared to what happens when she loses eighty pounds. . . . and falls in love with an atheist.

The New York Regional Mormon Singles Halloween Dance is the memoir of a girl who distresses her family when she chooses NYU over BYU. A girl who's cultivating an oxymoronic identity as a bold, educated, modern, funny, proper, abstinent, religious stand-up comic, equal parts wholesome and hot. As Elna test-drives her identity, she finds herself in the strangest scenarios including selling creepy, overpriced dolls to petulant children at FAO Schwarz and dressing a head wound with a maxi pad while on a date.