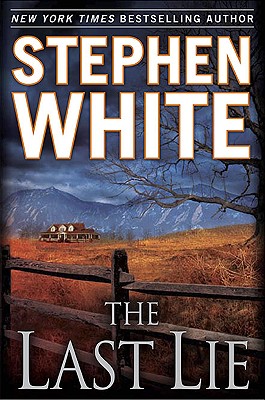 "New York Times" bestselling author Stephen White returns to his beloved Alan Gregory series with a taut, ripped-from-the-headlines crime story.
Stephen White's most recent bestseller, "The Siege," featured his series character Sam Purdy in a relentlessly paced stand-alone thriller that critics hailed as "brilliantly conceived and executed" ("Publishers Weekly") and "the best and most interesting terrorism thriller I've seen." ("The Washington Post") Now, in "The Last Lie," White returns to his Alan Gregory series roots with the popular characters and Boulder setting that first launched him onto the bestseller lists and attracted legions of fiercely loyal fans.
Shortly after Alan and Lauren welcome their affluent new neighbors-a legal legend in women's rights law and his beautiful wife-the couple hosts a housewarming party that ends in quiet disaster. One of their guests, a young widow, elects to spend the night after indulging in too much wine, only to wake the next morning with no memory beyond getting ready for bed. Was she drugged? Raped? Lauren, a deputy district attorney, and detective Sam Purdy are both privy to facts they can't share with Alan, but Alan soon discovers that he has a most unusual perspective into what truly happened after the housewarming party. Before Alan can discover all the pieces to the puzzle, an important witness to the events is murdered. Alan fears that other witnesses-people he loves-will be next. Smart, topical, and deftly plotted, "The Last Lie" delivers the pulse-pounding return of one of contemporary fiction's most enduring heroes.

Stephen White is a clinical psychologist and New York Times bestselling author of thirteen previous novels, including The Best Revenge and Missing Persons.
Loading...
or
Not Currently Available for Direct Purchase