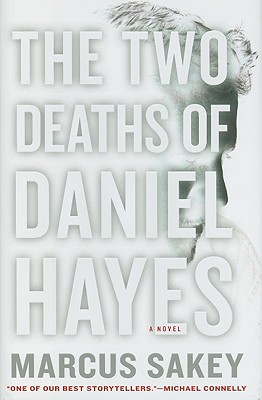 Marcus Sakey returns with his most ambitious novel, a captivating story of love and memory, where the only thing more frightening than the questions are the answers. A man wakes up naked and cold, half-drowned on an abandoned beach. The only sign of life for miles is an empty BMW. Inside the expensive car he finds clothes that fit perfectly, shoes for his tattered feet, a Rolex, and a bank envelope stuffed with cash and an auto registration in the name of Daniel Hayes, resident of Malibu, California.
None of it is familiar.
What is he doing here? How did he get into the ocean? Is he Daniel Hayes, and if so, why doesn't he remember? While he searches for answers, the world searches for him-beginning with the police that kick in the door of his dingy motel, with guns drawn. Lost, alone, and on the run, the man who might be Daniel Hayes flees into the night.
All he remembers is a woman's face, so he sets off for the only place he might find her. The fantasy of her becomes his home, his world, his hope. And maybe, just maybe, the way back to himself.
But that raises the most chilling question of all: What will he find when he gets there?