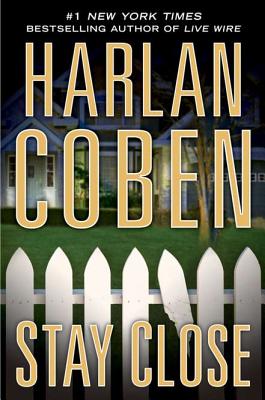 Megan is a suburban soccer mom who once upon a time walked on the wild side. Now she's got two kids, a perfect husband, a picket fence, and a growing sense of dissatisfaction. Ray used to be a talented documentary photographer, but at age forty he finds himself in a dead- end job posing as a paparazzo pandering to celebrity-obsessed rich kids. Jack is a detective who can't let go of a cold case-a local husband and father disappeared seventeen years ago, and Jack spends the anniversary every year visiting a house frozen in time, the missing man's family still waiting, his slippers left by the recliner as if he might show up any moment to step into them.

Three people living lives they never wanted, hiding secrets that even those closest to them would never suspect, will find that the past doesn't recede. Even as the terrible consequences of long-ago events crash together in the present and threaten to ruin lives, they will come to the startling realization that they may not want to forget the past at all. And as each confronts the dark side of the American Dream- the boredom of a nice suburban life, the excitement of temptation, the desperation and hunger that can lurk behind even the prettiest facades- they will discover the hard truth that the line between one kind of life and another can be as whisper-thin as a heartbeat.

With his trademark combination of page-turning thrills and unrivaled insight into the dark shadows that creep into even the happiest communities, Harlan Coben delivers a thriller that cements his status as the master of domestic suspense.


"[A] tour-de-force stand-alone…. [with] some of the most shocking action scenes in current crime fiction."
–Booklist, starred review

"Harlan Coben has long been one of today’s top thriller writers, for his gripping, thought-provoking standalones as well as his Myron Bolitar novels. In Stay Close, he masterfully portrays the violent intersection of several lives, overshadowed by past events….Don’t missSTAY CLOSE, a stupendous read."
--Bookloons.com

“When you read a Coben novel you are absorbed by it. His writing draws you into the world he has created and you get to know the characters totally…. [Stay Close] is intense, the characters are interesting, and the writing is magnificent. Coben's talent is in high gear as he takes his readers to the magical world of Atlantic City, a place where dreams either come true or die."

“The narration hums and dances and sings like nothing [Coben] has done before, and his characters are so real this time around that they almost seem to rise off the printed page.”