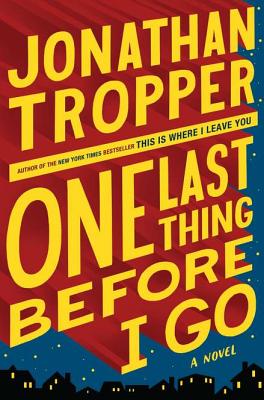 One Last Thing Before I Go


Praise For One Last Thing Before I Go…

“Tropper… [proves] his ability to create touchingly human characters and a deliciously page turning story.”
— Publishers Weekly on This is Where I Leave You

Jonathan Tropper is the New York Times bestselling author of five previous novels; Plan B, The Book of Joe, Everything Changes, How To Talk to a Widower, and This Is Where I Leave You. His books have been translated into over twenty languages. He is also a screenwriter, and the co-creator and executive producer of the HBO/Cinemax television show Banshee, premiering in 2013.
Loading...
or
Not Currently Available for Direct Purchase