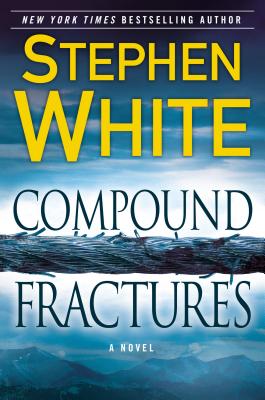 “An excellent wrap-up to a consistently excellent series.” – Booklist on Compound Fractures

"Compound Fractures underscores what a superb writer White is. He's not just good at plotting, the crux of a fine mystery, but he infuses the story with pathos and sorrow as well as humor." - The Denver Post

“With faultless pace, White excels at constructing tension-infused situations and multilayered, believable characters in this intricate narrative.” – Suspense Magazine on The Last Lie

Praise for Line of Fire:

“White is a fine storyteller, and Gregory is a complex, compelling character whom fans have grown to love and respect. It will be hard for them to say good-bye, but at least his creator appears to be planning to give him a first-class send-off.”
—Booklist

"Longtime fans and newcomers alike will enjoy spending time in the company of the always hospitable Gregory. In an author's note, White explains why he's bringing the series to an end with the 20th installment. There's one patient left in the waiting room, however. Let's hope it's a long session."
—Publishers Weekly

“This is truly a perfect lead-in to what is sure to be a ‘final act’ of epic proportions for Stephen White’s popular cast of characters.”
–Suspense Magazine

“A Stephen White thriller at its best—A juicy and very complicated crime with characters drawn close to the heart.”
– The Denver Post on Line of Fire

STEPHEN WHITE is a clinical psychologist and "New York Times" bestselling author of nineteen previous crime novels, including "The Siege," "The Last Lie," and "Line of Fire." He lives in Colorado.
Loading...
or
Not Currently Available for Direct Purchase