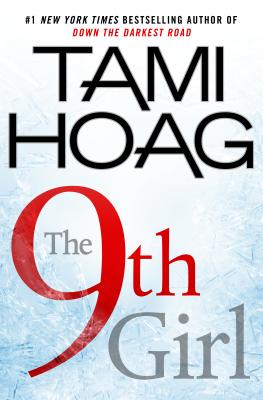 #1 "New York Times" bestselling author Tami Hoag brings back her fan-favorite Minneapolis investigators Sam Kovac and Nikki Liska in the haunting new thriller "The 9th Girl."
""Kovac had seen more dead bodies than he could count: Men, women, children; victims of shootings, stabbings, strangulations, beatings; fresh corpses and bodies that had been left for days in the trunks of cars in the dead of summer. But he had never seen anything quite like this . . . ""
On a frigid New Year's Eve in Minneapolis a young woman's brutalized body falls from the trunk of a car into the path of oncoming traffic. Questions as to whether she was alive or dead when she hit the icy pavement result in her macabre nickname, Zombie Doe. Unidentified and unidentifiable, she is the ninth nameless female victim of the year, and homicide detectives Sam Kovac and Nikki Liska are charged with the task of not only finding out who Zombie Doe is, but who in her life hated her enough to destroy her. Was it personal, or could it just have been a crime of opportunity? Their greatest fear is that not only is she their ninth Jane Doe of the year, but that she may be the ninth victim of a vicious transient serial killer they have come to call Doc Holiday.
Crisscrossing America's heartland, Doc Holiday chooses his victims at random, snatching them in one city and leaving them in another, always on a holiday. If Zombie Doe is one of his, he has brought his gruesome game to a new and more terrifying level. But as Kovac and Liska begin to uncover the truth, they will find that the monsters in their ninth girl's life may have lived closer to home. And even as another young woman disappears, they have to ask the question: which is the greater evil--the devil you know or the devil you don't?

TAMI HOAG is the #1 international bestselling author of more than thirty books. There are more than 38 million copies of her books in print in more than 30 languages. Renowned for combining thrilling plots with character-driven suspense, Hoag first hit the "New York Times" bestseller list with "Night Sins," and each of her books since has been a bestseller. She lives in Florida.

Praise For The 9th Girl…

Praise for THE 9TH GIRL

“Hoag’s prose is martial-arts quick and precise, her humor is high-voltage, and her insights into the misery of high school, the toxicity of divorce, and the extreme psychosis of a serial killer are knowing and thought-provoking…one of her very best.” - Booklist

"The 9th Girl...is cannily plotted and peppered with some of the sharpest dialogue in the business." - Entertainment Weekly

"Outstanding! Tami Hoag continues to set the standard for excellence in her genre." - Suspense Magazine


Praise for Down the Darkest Road:

“Hoag keeps tight control over her plot in this book, raising the tension with every page that turns. She knows her characters, both good and bad, and intensifies the conflict in the most absorbing way. Not every writer of suspense can manage it so successfully, but Hoag does it from beginning to end.” —Huffington Post

“Newcomers will have no trouble getting into this suspense novel rich in pre-DNA detecting methods.” —  Publishers Weekly

“…the story zooms along to a satisfyingly creepy conclusion.” — USA Today

"The chilling premise and exciting twists make Hoag's thriller in every sense of the word. Guaranteed to be in high demand" - Booklist


“Stunning…Here [Hoag] stands above the competition, creating complex characters who evolve more than those in most thrillers. The breathtaking plot twists are perfectly paced in this compulsive page-turner.” —Publishers Weekly (starred review)


“One of the most intense suspense writers around.” —Chicago Tribune