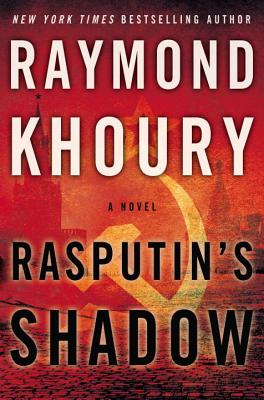 An ingenious, fast-paced historical thriller from the author of the "New York Times" bestseller "The Last Templar"
On a cold, bleak day in 1916, all hell breaks loose in a mining pit in the Ural Mountains. Overcome by a strange paranoia, the miners attack one another, savagely and ferociously. Minutes later, two men--a horrified scientist and Grigory Rasputin, trusted confidant of the tsar--hit a detonator, blowing up the mine to conceal all evidence of the carnage.
In the present day, FBI agent Sean Reilly's search for Reed Corrigan, the CIA mindcontrol spook who brainwashed Reilly's son, takes a backseat to a new, disturbing case. A Russian embassy attache seems to have committed suicide by jumping out of a fourth-floor window in Queens. The apartment's owners, a retired physics teacher from Russia and his wife, have gone missing, and further investigation reveals that the former may not be who the FBI believe him to be.
Joined by Russian Federal Security Service agent Larisa Tchoumitcheva, Reilly's investigation of the old man's identity will uncover a desperate search for a small, mysterious device, with consequences that reach back in time and which, in the wrong hands, could have a devastating impact on the modern world.
Packed with the twists, intrigue, and excitement that Khoury's many fans have come to expect, "Rasputin's Shadow" will keep readers turning pages long into the night.

"His ample cultural references are fresh, and most should withstand the test of time. History, mystery, suspense, and action-Khoury knows the recipe for a good read." - Library Journal

"Khoury carries the story off nicely...this is a fast-paced, enjoyable tale." - Kirkus Reviews

"Fine action, an engaging historical mystery with modern-day implications, and a cast of engaging characters - all in all, a thoroughly entertaining genre-bender." - Booklist

"The rapid fire narrative keeps the pages turning in anticipation of the exhilarating conclusion." - Fresh Fiction

"Raymond Khoury continues to remain one of the top novelists in the historical fiction genre, and Rasputin's Shadow is a worthy entry in his series." - Book Reporter

"The Templar Salvation is filled with action, chases and mind-blowing historical perspective that will engage fans of this genre and once again place Raymond Khoury back at the forefront of modern historical fiction adventures." –Bookreporter

“Vivid, energetic scenes ensure that Khoury's tale never falters or bores. It's the sort of novel that could make a colorful movie."-Kirkus on The Devil's Elixir

"A fast-paced thrill-ride...A sure bet for fans of Steve Berry and James Rollins, too." –Booklist on The Devil's Elixir

RAYMOND KHOURY is the "New York Times" bestselling author of "The Last Templar," "The Sanctuary," "The Sign," "The

Templar Salvation," and "The Devil's Elixir." Also an acclaimed screenwriter and producer, he lives in London with his family.
Loading...
or
Not Currently Available for Direct Purchase