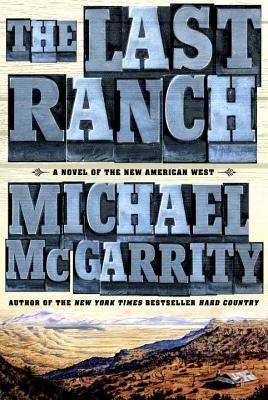 When Matthew Kerney returns to his ranch in the beautiful San Andres Mountains after serving in Sicily during World War II, he must not only fight to recover physically and emotionally from a devastating war injury, but he must also battle attempts by the U.S. Army to seize control of his land for expanded weapons testing.

Forced off public grazing lands, banned from gathering his cattle on high mountain pastures, and confronted by military police guarding a high security army post on the northern reaches of the range, Matt finds himself at the center of a heavy-handed government land-grab. The reasons behind this surge of secrecy and control become clear when Matt witnesses the boiling, blinding explosion of the first atom bomb at Trinity Site.

As he struggles with an aging, stove-up father no longer able to carry a heavy load at the ranch, an ex-convict intent on killing him, and a failing relationship with a woman he dearly loves, Matt must draw upon all his mental and physical resources to keep his world—and the people in it—from collapsing.

Following the New York Times bestselling Hard Country and its sequel Backlands, The Last Ranch enthralls with the deeply rich, sometimes heartbreaking Kerney family saga as it steps brilliantly into the mid-twentieth-century world of the new American West.

MICHAEL McGARRITY is the New York Times bestselling author of Backlands, Hard Country, the Anthony Award–nominated Tularosa, and eleven other bestselling Kevin Kerney crime novels. A former deputy sheriff for Santa Fe County, he also served as an instructor at the New Mexico Law Enforcement Academy and as an investigator for the New Mexico Public Defender's Office. He lives in Santa Fe with his wife, Emily Beth.

Praise for Michael McGarrity and his novels:

“[In Matt], McGarrity serves up a tough but tender cowboy." --Kirkus on The Last Ranch

“Closing the book after the final page of the saga may invoke emotions of losing a good friend. For the past four years McGarrity fans have been there through the Kerneys’ struggles and triumphs, the victories and injustices, and the successes and heartaches. It can be kind of tough saying adios to fellow New Mexicans that have lived and loved, thanks to the life the skilled storyteller McGarrity has breathed into them.” --Alamogordo News on The Last Ranch

"The writing captures the pride of the past and the value of heritage that continues to guide future generations of families bonded to the land and all its’ creatures." --New Mexico Stockman on The Last Ranch

"A joy to read." --The Western Writers of America Magazine on The Last Ranch

“Full of adventure…McGarrity’s writing is as clear as the desert air at the Kerneys’ 7-Bar-K Ranch, and he has a talent for telling good stories.” --The Santa Fe New Mexican Weekly Magazine of Arts, Entertainment & Culture

“Michael McGarrity’s American West trilogy of the New American West tells the epic story of a large part of the US that never makes it into our national imagery….The amazing thing about these novels is that they portray, in the lead figures, a persistent, tough, sometime amoral, goodness that is captivating…. McGarrity’s trilogy achieves an encompassing history that is real, heart-stopping, and harshly beautiful.”--  Robert L. Patten, Senior Research Fellow, Institute of English Studies, School of Advanced Study, University of London, on Michael McGarrity’s American West Trilogy

"McGarrity's narrative is picturesque and enjoyable, and sets the stage for the trilogy's final installment." - Publishers Weekly on Backlands

"Backlands is a coming-of-age story...an epic novel with a grand sweep of the West." - The Denver Post

“Any readers interested in the Western genre will be delighted by McGarrity’s take on harsh frontier life, and loyal fans of detective Kevin Kerney will be excited to see this prequel.”
— Library Journal on Hard Country

“A well-rendered neoclassic tale of the Old West, worthy of a place alongsideLonesome Dove and Sea of Grass.”
— Kirkus Reviews on Hard Country
or
Not Currently Available for Direct Purchase
Copyright © 2020 American Booksellers Association