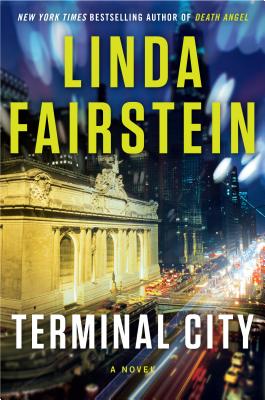 With her newest Alexandra Cooper novel, Terminal City, New York Times bestselling author Linda Fairstein delivers another breakneck thriller that captures the essence of New York City its glamour, its possibilities, and its endless capacity for darkness.
Linda Fairstein is well-known for illuminating the dark histories in many of New York's forgotten corners and sometimes in the city's most popular landmarks. In Terminal City, Fairstein turns her attention to one of New York's most iconic structures Grand Central Terminal.
From the world's largest Tiffany clock decorating the 42nd Street entrance to its spectacular main concourse, Grand Central has been a symbol of beauty and innovation in New York City for more than one hundred years. But the world's loveliest station is hiding more than just an underground train system. When the body of a young woman is found in the tower suite of the Waldorf Astoria one of the most prestigious hotels in Manhattan Assistant DA Alex Cooper and Detectives Mike Chapman and Mercer Wallace find themselves hunting for an elusive killer whose only signature is carving a carefully drawn symbol into his victims bodies, a symbol that bears a striking resemblance to train tracks.
When a second body bearing the same bloody symbol is discovered in a deserted alleyway right next to the terminal building, all attention shifts to the iconic transportation hub, where the potential for a bigger attack weighs heavily on everyone's minds. With the President of the United States set to arrive for a United Nations meeting at the week's end, Alex and Mike must contend with Grand Central's expansive underground tunnels and century-old dark secrets as well as their own changing relationship to find a killer who appears to be cutting a deadly path straight to the heart of the city.

“Alex Cooper is a fascinating heroine...based on the equally fascinating life of her creator.”
—O, The Oprah Magazine

"One of the best crime fiction writers in America today."
- Nelson DeMille

"Every page...is brimming with the kind of you-are-there reality that can only come from someone who has been there, seen it, done it."
- Michael Connelly on Killer Heat

“Fairstein is superbly attuned to the sinister vibes of the famous, as well as forgotten, New York City locales.”
—Maureen Corrigan, NPR.org

LINDA FAIRSTEIN was chief of the Sex Crimes Unit of the district attorney s office in Manhattan for more than two decades and is America s foremost legal expert on sexual assault and domestic violence. Her Alexandra Cooper novels are international bestsellers and have been translated into more than a dozen languages. She lives in Manhattan and on Martha s Vineyard."
Loading...
or
Not Currently Available for Direct Purchase