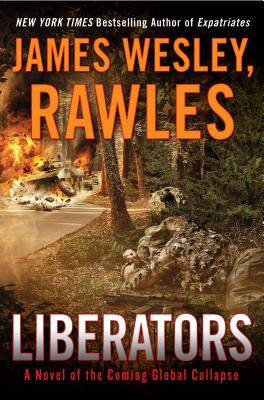 The New York Times bestselling author of Patriots and How to Survive the End of the World and founder of survivalblog.com returns with his latest survival thriller and gives readers an unprecedented look into a post-apocalyptic world resulting from an all-too-real disaster scenario.
When looting and rioting overwhelm all the major US cities, Afghanistan War vet Ray McGregor makes his way from Michigan's Upper Peninsula to his parents cattle ranch in Bella Coola, British Columbia, in remote western Canada. Joining him is his old friend Phil Adams, a Defense Intelligence Agency counterintelligence case officer based in Washington State.
Reckless banking practices, hyperinflation, and government negligence have led to an unprecedented socioeconomic collapse in America that quickly spreads throughout the world. Lightly populated Bella Coola is spared the worst of the chaos, but when order is restored it comes in the form of a tyrannical army of occupation. Ray and Phil soon become key players in the resistance movement, fighting the occupiers in a war that will determine not only their own personal survival, but also the future of North America.


Praise For Liberators: A Novel of the Coming Global Collapse…

“Rawles' Survivors is well worth reading. . . well-written and informative, and speaks with an honesty and bluntness often missing from the policy prognotications of the political elite.” – The New American

"A wonderful work of fiction" –Alphecca

“Rawles’ latest novel, set during a future global collapse, features characters in different parts of the world coping with life stripped of modern conveniences and technology... readers [can] jump into the beginning of the end at any point. For dystopia and action fans.” –Booklist

“Meticulously researched with a wealth of local and technical details.” –Fourmilog

“As with all of Rawles’ books, you get a lot of knowledge of survival stuff and [Expatriates] is no different.  He tells you why, how, and what product they used which is very helpful to other survivalists.” –Space Coast Preppers

“Expatriates is a very entertaining read, especially in perilous times like these.” –Western Courier

Former U.S. Army Intelligence officer and survivalist JAMES WESLEY, RAWLES, is a well-known survival lecturer and author. He is the founder and editor of SurvivalBlog.com, the nation s most popular blog on family preparedness. The New York Times bestselling author of four previous survivalist thrillers and a non-fiction survival guide, Rawles lives in an undisclosed location west of the Rockies."
Loading...
or
Not Currently Available for Direct Purchase