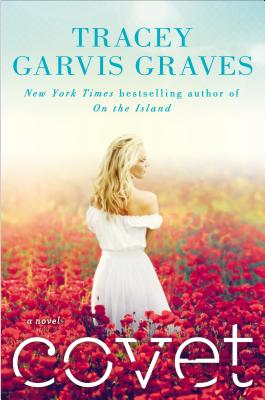 Tracey Garvis Graves, the "New York Times" bestselling author of "On the Island," returns.
What if the life you wanted, and the woman you fell in love with, belonged to someone else?
Chris and Claire Canton's marriage is on life support. Downsized during the recession and out of work for a year, Chris copes by retreating to a dark place where no one can reach him, not even Claire. When he's offered a position that will keep him away from home four nights a week, he dismisses Claire's concern that time apart could be the one thing their fragile union can't weather. Their suburban life may look idyllic on the outside, but Claire has never felt so disconnected from Chris, or so lonely.
Local police officer Daniel Rush used to have it all, but now he goes home to an empty house every night. He pulls Claire over during a routine traffic stop, and they run into each other again at the 4th of July parade. When Claire is hired to do some graphic design work for the police department, her friendship with Daniel grows, and soon they're spending hours together.
Claire loves the way Daniel makes her feel, and the way his face lights up when she walks into the room. Daniel knows that Claire's marital status means their relationship will never be anything other than platonic. But it doesn't take long before Claire and Daniel are in way over their heads, and skating close to the line that Claire has sworn she'll never cross.

"When Claire Canton’s husband, Chris, loses his job, he becomes distant and frustrated. It only gets worse when he lands a new job that feeds his workaholic tendencies and requires a lot of travel. Their two kids have a hard time adjusting, but Claire finds companionship in her graphic-design work, her neighborhood friends, and handsome police officer Daniel. What starts out as a Kansas City–set Desperate Housewives (rich neighbors living beyond their means, catty observations about an alcoholic mom) turns into a fullblown and emotional page-turner. Claire’s type 1 diabetes is deftly woven into the plot, and the kids are cute without being moppets. The fact that the novel reads like a very normal suburban story makes it highly accessible. Although it is Claire’s story, occasional chapters about Chris and Daniel make Claire’s dilemma more poignant. Chris is no villain, and you hope the couple can save their marriage. But Daniel is so handsome and so good for Claire. Graves also wrote the breakout hit, On the Island (2012)."
— Susan Maguire, Booklist

"With a clear hand Graves purposefully takes us through the full range of emotions and misunderstandings that often destroy many families." - Florida Times Union

"Tracey has a magical way with words and this book was just written so beautifully." – Shh Moms Reading

“This book should also come with a box of tissues.” – Jenuine Cupcakes

"Tracey Garvis Graves has one of those dream-come-true stories that make other authors simultaneously delirious with joy on her behalf and jealous as all-get-out."—USA Today

TRACEY GARVIS GRAVES is the author of the "New York Times "bestseller "On the Island." She lives in a suburb of Des Moines, Iowa with her family. She loves hearing from her fans and can be found on Twitter @tgarvisgraves and at facebook.com/tgarvisgraves.
Loading...
or
Not Currently Available for Direct Purchase