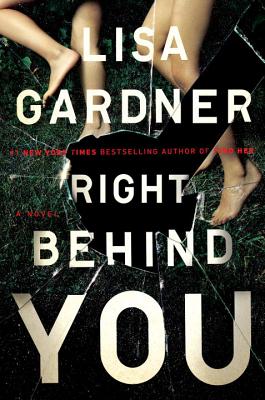 Right Behind You (An FBI Profiler Novel #7)

Eight years ago, Sharlah May Nash’s older brother beat their drunken father to death with a baseball bat in order to save both of their lives. Now thirteen years old, Sharlah has finally moved on. About to be adopted by retired FBI profiler Pierce Quincy and his partner, Rainie Conner, Sharlah loves one thing best about her new family: They are all experts on monsters.

Praise For Right Behind You (An FBI Profiler Novel #7)…

“Her most intriguing and complex novel to date... Only an author as talented as Gardner could make the book so intensely satisfying.”—The Huffington Post

Lisa Gardner is the #1 New York Times bestselling author of twenty novels, including Look For Me, Right Behind You, Find Her, Crash & Burn, Fear Nothing, Touch & Go, Catch Me, and The Neighbor, which won the International Thriller of the Year Award. She lives with her family in New England.
Loading...
or
Not Currently Available for Direct Purchase