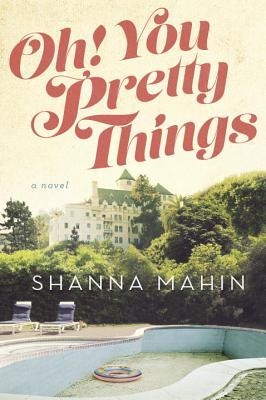 A Hollywood native from the wrong side of the Walk of Fame makes a play for star status (Cosmopolitan) in Shanna Mahin's acclaimed novel, called quite a breakout by The New York Times.

Jess Dunne is third-generation Hollywood, but her star on the boulevard has yet to materialize. Sure, she's got a Santa Monica address and a working actress roommate, but with her nowhere barista job in a town that acknowledges zeroes only as a dress size, she's a dead girl walking.
Enter Jess's mother a failed actress who puts the strange in estrangement. She dives headlong into her daughter's downward spiral, forcing Jess to muster all her spite and self-preservation to snag a career upgrade.
As a personal assistant for a famous (and secretly agoraphobic) film composer, Jess's workdays are now filled with shopping for luxury goods and cooking in his perfectly designed kitchen. Jess kills at cooking, a talent that only serves her intensifying urge to dig in to Los Angeles's celebrity buffet.
When her food garners the attention of an actress on the rise, well, she's all too willing to throw it in with the composer and upgrade again, a decision that will have far-reaching ramifications that could explode all her relationships.
All the while, her mother looms ever closer, forcing Jess to confront the traumatic secrets she's been running from all her life.
Oh You Pretty Thingsis a dizzying ride at the carnival of fame, a fast-paced and sharply funny work that dares to imagine what happens when we go over the top in a town of gilded excess.

SHANNA MAHIN is a high school dropout who rallied late despite her ninth grade English teacher s prediction of a lifetime of wasted potential. Her writing fellowships include the MacDowell Colony, the Norman Mailer Center, and PEN Center USA Emerging Voices. Just like her character, Shanna is third-generation Hollywood."
Loading...
or
Not Currently Available for Direct Purchase