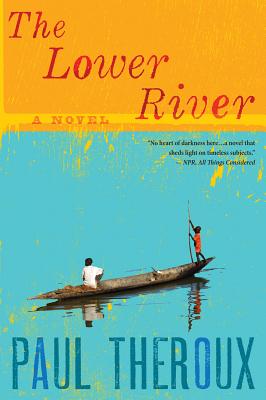 “As Ellis Hock nears the end of his long career -- and his marriage -- he does what many of us do at a time of great change: reassess the trajectory of our lives by going back to a time when we were truly happy. For Ellis that time was in his twenties, when he served as a Peace Corps volunteer in the Lower River of Malawi. He decides to return, but the Africa of his sixties is but a shadow of the Africa he left behind, and the idealism he arrives with quickly vanishes in the desperation that covers his beloved village.”
— Amanda Hurley, Inkwood Books, Tampa, FL
View the List

“[Hock] knows he is ensorcelled by exoticism, but he can’t help himself. And, as things go from bad to worse and the pages start to turn faster, neither can we. A.”—Entertainment Weekly


When he was a young man, Ellis Hock spent four of the best years of his life with the Peace Corps in Malawi. So when his wife of forty-two years leaves him, he decides to return to the village where he was stationed in search of the happiness he’d been missing since he left. But what he finds is not what he expected. The school he built is a ruin, the church and clinic are gone, and poverty and apathy have set in among the people.

They remember Ellis and welcome him with open arms. Soon, however, their overtures turn menacing; they demand money and refuse to let him leave the village. Is his new life an escape or a trap?


“Theroux’s bravely unsentimental novel about a region where he began his own grand career should become part of anybody’s education in the continent.”—Washington Post

“The Lower River is riveting in its storytelling and provocative in its depiction of this African backwater, infusing both with undertones of slavery and cannibalism, savagery and disease.”—New York Times Book Review

Praise For The Lower River…

"It’s a particular kind of frightening fun to watch evil flexing and spreading its leathery wings, and really feel it. The Lower River gives the reader just that." -- The New York Review of Books "The Lower River is riveting in its storytelling and provocative in its depiction of this African backwater, infusing both with undertones of slavery and cannibalism, savagery and disease. Theroux exposes paternalism in Hock’s Peace Corps nostalgia, his ‘sense of responsibility, almost a conceit of ownership.’ That sense of responsibility, and Hock’s modest contribution to the welfare of a people he was once genuinely fond of, has been replaced by a harsher mode of operation, run by coldhearted contractors living apart in impregnable compounds. ‘I have to leave,’ Hock pleads. ‘I’m going home.’ To which the village headman replies, with chilling menace, ‘This is your home, father.’ " -- New York Times Book Review

“[Hock] knows he is ensorcelled by exoticism, but he can’t help himself. And, as things go from bad to worse and the pages start to turn faster, neither can we. A.”—Entertainment Weekly
“Theroux’s bravely unsentimental novel about a region where he began his own grand career should become part of anybody’s education in the continent.”—Washington Post
"In this hypnotically compelling fiction, [Theroux] wrestles with questions of good intentions and harsh reality...A gripping and vital novel that reads like Conrad or Greene—in short, a classic." -- Booklist, starred
"Theroux successfully grafts keen observations about the efficacy of international aid and the nature of nostalgia to a swift-moving narrative through a beautifully described landscape." -- PW, starred
"Extraordinary...The suspense is enriched by Theroux’s loving attention to local customs and his subversive insights...Theroux has recaptured the sweep and density of his 1981 masterpiece The Mosquito Coast. That’s some achievement." -- Kirkus, starred
"Theroux's latest can be read as straight-up suspense, but those unafraid of following him into the heart of darkness will be rewarded with much to discuss in this angry, ironic depiction of misguided philanthropy in a country dense with natural resources yet unable to feed its people." -- Library Journal
or support indie stores by buying on
Copyright © 2020 American Booksellers Association