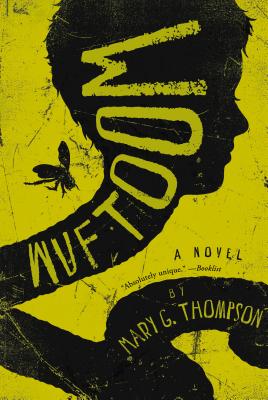 "Wildly imaginative . . . something utterly new and weird."—Publishers WeeklyEveryone thinks Evan is sick. But Evan knows he is actually transforming. His metamorphosis has him confined to his bed, terrified, and alone—except for visits from the Wuftoom, a wormlike creature that tells Evan he is becoming one of them. Clinging to his humanity and desperate to help his overworked single mother, Evan makes a bargain with the Vitflies, the enemies of the Wuftoom. But when the bargain becomes blackmail and the Vitflies prepare for war, whom can Evan trust? Is saving his humanity worth destroying an entire species, and the only family he has left?

"Those with strong stomachs for the gross and creepy may be the audience for this Kafkaesque book."--School Library Journal   "Impressively unappetizing and absolutely unique."--Booklist   "Dark and unsettling, Thompson's adventure presents a break from the same-old-same-old by creating something utterly new and weird . . . this is a tale to jolt readers out of their complacency, where characters change in unfamiliar ways with no guarantee of a happy ending."--Publishers Weekly —

Mary G. Thompson was born and raised in Cottage Grove and Eugene, Oregon. She was a practicing attorney for more than seven years, including almost five years in the U.S. Navy. She is a librarian in Washington, D.C. Visit her at www.marygthompson.com.