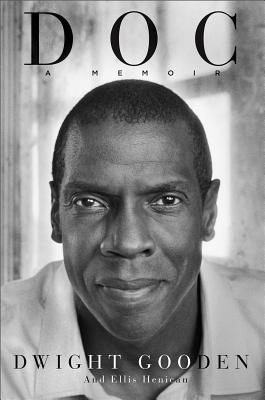 A brutally honest memoir of talent, addiction, and recovery from one of the greatest baseball pitchers of all time. As a shy nineteen-year-old, Dwight Gooden swept into New York, lifting a team of crazy characters to World Series greatness and giving a beleaguered city a reason to believe. Then he threw it all away.
Now, with fresh and sober eyes, the Mets' beloved Dr. K shares the intimate details of his life and career, revealing all the extraordinary highs and lows: The hidden traumas in his close-knit Tampa family. The thrill and pressure of being a young baseball phenom in New York. The raucous days and nights with the Mets' bad boys (and the real reason he missed the 1986 World Series Victory Parade). The self-destructive drug binges and the three World Series rings. His heartbreaking attempts at getting sober, the senseless damage to family and friends, and the unexpected way he finally saved his life--on VH1's Celebrity Rehab with Dr. Drew.

In Doc, Gooden details his close friendships with many of baseball's greats: Pete Rose, George Streinbrenner, Joe Torre, and nephew Gary Sheffield. For the first time ever, he reveals the full story of his troubled relationship with fellow Mets superstar Darryl Strawberry. And he tells the moving story of the Yankees no-hitter he pitched for his dying father. Doc is a riveting baseball memoir by one of the game's most fascinating figures, and an inspiring story for anyone who has faced tough challenges in life.