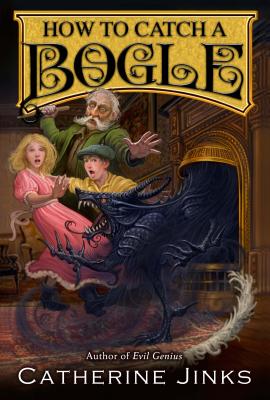 How to Catch a Bogle

If ever a chill entered her soul, or the hope suddenly drained from her heart, she knew a bogle was to blame.

Birdie McAdam, a ten-year-old orphan, is tougher than she looks. She's proud of her job as apprentice to Alfred the Bogler, a man who catches monsters for a living. Birdie lures the bogles out of their lairs with her sweet songs, and Alfred kills them before they kill her. On the mean streets of Victorian England, hunting bogles is actually less dangerous work than mudlarking for scraps along the vile river Thames. (See glossary!) Or so it seems—until the orphans of London start to disappear . . .


Praise For How to Catch a Bogle…

"This is top-notch storytelling from Jinks, full of wit, a colorful cast of rogues, and delectable slang."
—Publishers Weekly, starred review

"[A] pitch-perfect narrative. . . This intense historical thriller is rewarding on its own, but A Plague of Bogles is scheduled to arrive next fall."
—Booklist, starred review

"The book, which is part Great Expectations, part Ghostbusters and a little bit Vindication of the Rights of Woman, mixes monster murder with work ethics and the importance of a girl being able to make a living for herself . . . For all its grime, Jinks’s world is rich."
—The New York Times"The first in a projected trilogy, this book treats readers to a lively, engaging story with an endearing protagonist at its center."
—School Library Journal

"This quasi-Victorian, somewhat gothic fantasy is a satisfying confection."
—The Horn Book Magazine

"The first entry in a planned trilogy, this title introduces a cast of secondary characters robust enough to expand the adventures in any direction Jinks chooses to wander."
—Bulletin of the Center for Children's Books