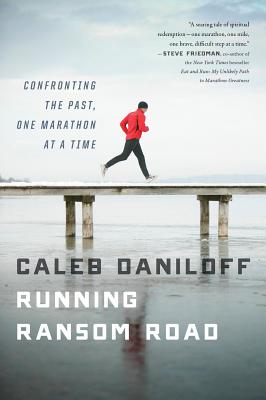 Confronting the Past, One Marathon at a Time

“Running Ransom Road is Caleb Daniloff’s unblinking, ultimately triumphant account of his journey from mean, hopeless drunk back to humanity and himself—through distance running. It’s a searing tale of spiritual redemption—one marathon, one mile, one brave, difficult step at a time.”—Steve Friedman, co-author of New York Times bestseller Eat and Run and author of the memoir Lost on Treasure Island

For fifteen years, the words that best described Caleb Daniloff were “drunk,” “addict,” and “abuser.” These days, the best word to describe him is “runner.”

In Running Ransom Road, the long-since-sober Daniloff confronts his past by setting out to run races in each of the cities where he once lived and wreaked havoc during that lost period of his life. As he competes in marathons from Boston to Vermont to Moscow, he explores his old destructive life and how running’s sobering and inspiring effects have changed him for the better. In doing so, he connects with others like him, illuminating the connection between addiction and running. Running Ransom Road is at once a memoir of addiction, finding oneself, and learning to push past barriers both physical and emotional.

“Just as Caleb Daniloff’s life was about to tumble into the abyss of addiction, he was lucky enough to discover he liked to run, simply for himself. In Running Ransom Road, his captivating narrative describes a journey of personal redemption that, fortunately for us, he is willing to share.”—Frank Shorter, Olympic marathon gold medalist

CALEB DANILOFF has written for Runner’s World and The Boston Globe. He has been a commentator on Vermont Public Radio and contributed to NPR's All Things Considered. Recipient of the 2005 Ralph Nading Hill, Jr. Literary Prize, he runs thirty to forty miles a week.
Loading...
or support indie stores by buying on