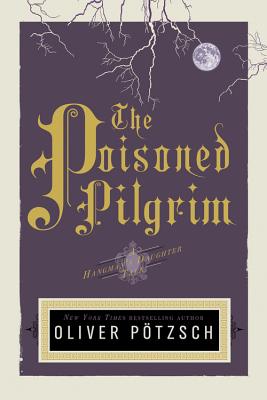 1666: The monastery at Andechs has long been a pilgrimage destination, but when the hangman’s daughter, Magdalena, her doctor husband Simon, and their two small children arrive there, they learn that the monks have far larger concerns than saying Mass and receiving alms. It seems that once again, the hangman’s family has fallen into a mysterious and dangerous adventure.

Two monks at the monastery experiment with cutting-edge technology, including a method of deflecting the lightning that has previously set the monastery ablaze. When one of the monks disappears and his lab is destroyed, foul play is suspected. Who better to investigate than the famed hangman, Jakob Kuisl? But as the hangman and his family attempt to solve the mystery of the missing monk, they must deal with both the eccentric denizens of the monastery and villagers who view the monks’ inventions as witchcraft that must be destroyed at all costs.

This thrilling fourth entry of The Hangman’s Daughter series features scheming monks, murderous robots, and the action and intrigue that never seem to cease when the Kuisls are on a case.