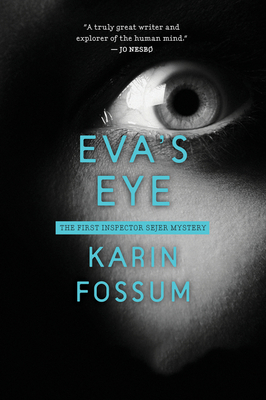 “No one can thoroughly chill the blood the way Karin Fossum can.” —Los Angeles Times

Eva Magnus and her daughter are out walking by the river when a man’s body floats to the water’s surface. Eva goes to call the police, but when she reaches the phone, she dials another number altogether.

The police find the body anyway. Inspector Sejer and his team quickly determine that the man, Egil, died in a violent attack. But Egil has been missing for months and the trail to his killer is cold. It’s as puzzling as another unsolved case on Sejer’s desk: the murder of a prostitute, found dead just before Egil went missing. Sejer sets to work piecing together these two impossible cases; it's not long before he realizes that they aren’t as separate as they previously seemed.

Praise for Karin Fossum and the Inspector Sejer series:

"Fossum crafts remarkably incisive psychological suspense: novels that carry the headlong momentum of thrillers and the acuity and weight of literary fiction." —The Washington Post

"They never last very long, those anonymous joggers and dog-walkers whose only purpose in a crime story is to trip over the body in the woods. Unless, of course, they figure in a novel by Karin Fossum, who makes it her business—and the business of her uncommonly sensitive Norwegian detective, Inspector Konrad Sejer—to scrutinize in great depth and detail every person touched by a murder." —The New York Times Book Review

"One thing...that immediately sets Fossum's fine mystery apart from other, merely sensational variations on this story line is its self-consciousness…Like the well-ripened queens of psychological suspense to whom she is inevitably compared—Ruth Rendell and PD James—the younger Fossum charts this excursion into the unthinkable with poetic restraint." —The Washington Post

"A truly great writer and explorer of the human mind." —Jo Nesbo

"By stripping away the usual police procedurals, Fossum suffuses her fiction with something closer to the unsparing vision of her great predecessor, Knut Hamsun." —The Independent