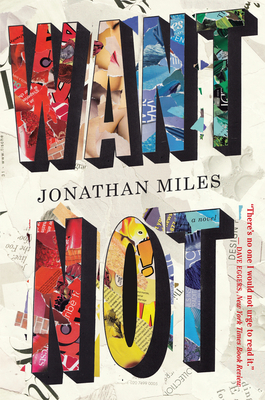 “A wonderful book, and there’s no one I would not urge to read it . . . This is the work of a fluid, confident and profoundly talented writer who gets more fluid, more confident and seemingly more talented even within the book itself.” —Dave Eggers, New York Times Book Review

A highly inventive and corrosively funny story of our times, Want Not exposes three different worlds in various states of disrepair—a young freegan couple living off the grid in New York City; a once-prominent linguist, sacked at midlife by the dissolution of his marriage and his father’s losing battle with Alzheimer’s; and a self-made debt-collecting magnate, whose brute talent for squeezing money out of unlikely places has yielded him a royal existence, trophy wife included.

“Shrewd, funny, and sometimes devastating . . . What Want Not does best, though, isn’t plotting but portraits of humanity: the small epiphanies and private hurts of every person whose life, like the detritus they produce, is as beautifully mundane and unique as a fingerprint.” —Entertainment Weekly