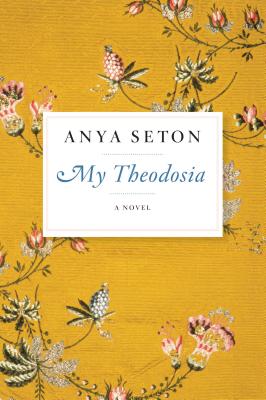 “Anya Seton’s portraits of Aaron and Theodosia Burr alike are vivid and credible . . . The narrative is well sustained, and provides as background an entertaining account of the manners, the ways of living and traveling and entertaining followed during the early years of the nineteenth century.” —New York Times

Anya Seton’s best-selling first novel, originally published in 1941, captures all the drama of the short life of Theodosia Burr (1783–1813). Her father, Aaron—Thomas Jefferson’s vice president, most famous for his great duel with Alexander Hamilton—holds sway over young Theodosia’s heart. But his arrogance forces her to choose between the man he insists she marry and her love for a young soldier who will turn out to play a decisive role in her father’s fate. Persuaded by Aaron that through his treasonable plans she will soon be crowned princess of the Kingdom of Mexico, she is received like royalty on Blennerhassett Island, only to end up trying to exonerate her father as he awaits trial in a Richmond jail, repudiated by his fickle son-in-law and friends.
Theodosia remains a haunting figure in American history, still lovely, still imperious, never vanquished.

ANYA SETON (1904–1990) was the author of many best-selling historical novels, including Katherine, Avalon, Dragonwyck, Devil Water, and Foxfire. She lived in Greenwich, Connecticut.
Loading...
or support indie stores by buying on