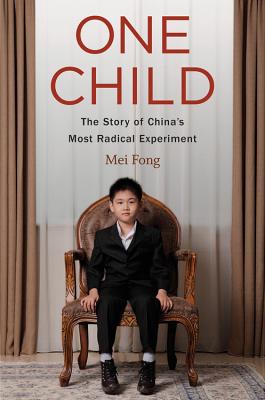 Honorable Mention, ASJA 2017 Writing Awards   "A searing, important, and eminently readable exploration of China's one-child policy."  — NICHOLAS D. KRISTOF, NEW YORK REVIEW OF BOOKS   “The policy itself remains a monument to official callousness, and Fong’s book pays moving testimony to the suffering and forbearance of its victims.”  — NEW YORK TIMES BOOK REVIEW   "Not to be missed ... [Fong] combines tough, broad economic analysis with individual stories."  — ECONOMIST / 1843   “A timely, important work that takes stock of the one-child policy’s damage…ONE CHILD is, like the policy’s abolition, long overdue, and Ms. Fong was the perfect person to write it.”  — WALL STREET JOURNAL   “Fong’s fine book is a moving and at times harrowing account of the significance of decisions taken by a small coterie of men with too much faith in science and ideology, and too little in humanity.”  — GUARDIAN   “Fong writes eloquently and with an authority that reflects her knowledge of many cultures ... A deeply moving account of a policy that looks set to haunt China (and the world) for decades.”  — INDEPENDENT (UK)   “With impeccable timing, [Fong's] new book offers a superb overview... Fong writes in an easy, accessible style, and in 200 pages takes us behind the scenes of the Sichuan earthquake, the Olympic stadium in Beijing, the dancing grannies, the migrant workers, the orphanages, the transnational adoption of Chinese baby girls, birth tourism, and surrogacy. She fills in the background to these familiar subjects with impressive research and interviews, conducted over many years.”  — LOS ANGELES REVIEW OF BOOKS "Fong excels in telling the personal stories of others, providing the reader with insight into how an Orwellian policy, rarely understood by outsiders, has played out in the lives of over a billion people."  — MS.    “The country's one-child policy, to be officially phased out in 2016, created more far-reaching social distortions than even its most vociferous critics realized, argues Pulitzer Prize-winning journalist Fong in this timely exposé of a reproductive regime whose inner workings Chinese officials have tried hard to keep under wraps… Finished just before the announcement of the policy's demise, One Child is a touching and captivating anthropological investigation of one of the most invasive laws ever devised.”  — KIRKUS REVIEWS   "Timely ... Compassionate ... Fong illumines individual grief and dignity ... [Her] human-scale portrayal of individual stories, weaving in her own fraught journey toward motherhood as well, makes for an approachable and edifying treatment."  — LIBRARY JOURNAL   “Mei Fong’s brilliant exploration of China’s one-child policy must change the way we talk about China’s rise. One Child is lucid, humane, and unflinching; it is vital reading for anyone focused on the future of China’s economy, its environment, or its politics. It not only clarifies facts and retires myths, but also confronts the deepest questions about the meaning of parenthood.”  — EVAN OSNOS, National Book Award-winning author of Age of Ambition “Eye-opening, powerful, and utterly gripping, One Child had me hooked from page one. Mei Fong possesses a rare eye —