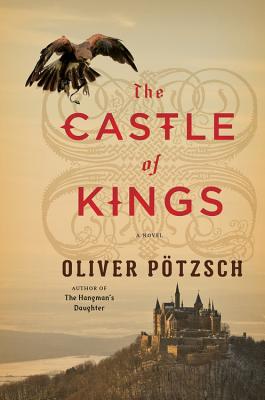 The Castle of Kings

An epic tale of murder, treachery, bravery, and love

In 1524, in what is now Germany, hundreds of thousands of peasants revolted against the harsh treatment of their aristocratic overlords. Agnes is the daughter of one of these overlords, but she is not a typical sixteenth-century girl, refusing to wear dresses and spending more time with her pet falcon than potential suitors. There is only one suitor she is interested in: Mathis, a childhood friend who she can never marry due to his low birth status. But when a rogue knight attacks Agnes and Mathis shoots the knight to save her, the two are forced to go on the run together, into the midst of the raging Peasants’ War.   Over the next two years, as Agnes and Mathis travel the countryside, they are each captured by and escape from various factions of the war, participate in massive battles, make new friends both noble and peasant, and fall in love. Meanwhile, Agnes’s falcon finds a mysterious ring, and Agnes begins having strange, but seemingly meaningful dreams. Dreams that lead the two lovers to revelations about their place in the world and in the emerging German states. With The Castle of Kings, Oliver Pötzsch has written a historical yarn that calls to mind Ken Follett’s The Pillars of the Earth and Bernard Cornwell’s Agincourt.


Praise For The Castle of Kings…

“Mr. Pötzsch is the author of a sequence of five novels, collectively known as ‘The Hangman’s Daughter,’ which have sold half a million copies in English translation. ‘The Castle of Kings’ is likely to enjoy similar success—and deserves it . . . The war scenes are grimly realistic, and the narration gripping . . . The author makes the fantastical elements work by harnessing them to the grim reality of the Peasants’ War, setting his far-fetched romance in an utterly convincing world of economic hardship, social strife and religious and political uncertainty. Oliver Pötzsch recognizes that the way to make the extraordinary credible is to anchor it in a thoroughly imagined depiction of real historical times.”  -- The Wall Street Journal

“Combine Princess Bride with Germanic history circa 1500, add a dash of Lord of the Rings, and there's a week of good fun . . ." -- Kirkus Reviews