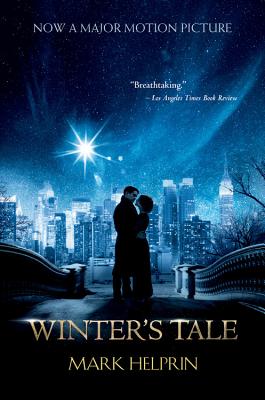 Now a major motion pictureNew York Times bestseller"Utterly extraordinary . . . A piercing sense of the beautiful arising from narrative and emotional fantasy is everywhere alive in the novel . . . Not for some time have I read a work as funny, thoughtful, passionate or large-souled . . . I find myself nervous, to a degree I don’t recall in my past as a reviewer, about failing the work, inadequately displaying its brilliance." – Benjamin DeMott, New York Times Book ReviewMark Helprin’s masterpiece will transport you to New York of the Belle Epoque, to a city clarified by a siege of unprecedented snows. One winter night, Peter Lake – master mechanic and second-storey man – attempts to rob a fortress-like mansion on the Upper West Side. Though he thinks it is empty, the daughter of the house is home. Thus begins the affair between a middle-aged Irish burglar and Beverly Penn, a young girl dying of consumption. It is a love so powerful that Peter Lake, a simple and uneducated man, will be driven to stop time and bring back the dead. His great struggle is one of the most beautiful and extraordinary stories of American literature."He creates tableaux of such beauty and clarity that the inner eye is stunned." – Publishers Weekly"This novel stretches the boundaries of contemporary literature. It is a gifted writer’s love affair with the language." – Newsday