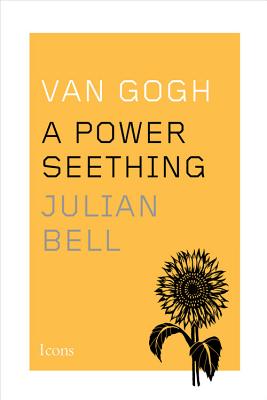 "I believe in the absolute necessity of a new art of colour, of drawing and—of the artistic life," Vincent van Gogh wrote to his brother Theo in 1888. "And if we work in that faith, it seems to me that there's a chance that our hopes won't be in vain." His prediction would come true. In his brief and explosively creative life—he committed suicide a few years later at the age of thirty-seven—Van Gogh made us see the world in a new way. His shining landscapes of Provence and somber portraits of workers shattered the relationship between light and dark, and his hallucinatory visions were so bright they nearly blinded the world.

He was a great writer as well. In his six hundred–plus letters to Theo he chronicled with heartbreaking urgency his mental breakdowns, acrimonious family relations, and struggles with art dealers, who largely ignored him until the last years of his life. Shading this dark story is the artist’s acquaintance with prostitutes and penury, stormy scenes with his friend Paul Gauguin, and dissipated Parisian nights with Henri de Toulouse-Lautrec.

Julian Bell’s passion for his subject brings the painter to life. Bell writes with slashing intensity, at once scholarly and defiantly partisan. “I have written this book out of my love for Vincent van Gogh, the uniquely exciting painter, and Vincent van Gogh, the letter writer of heart-piercing eloquence,” he declares. For Bell, Van Gogh was an artistic genius and more: he was a wonder of the world.

Julian Bell has a BA in English from Oxford. He is the author of What is Painting? Representation and Modern Art (1999) and Mirror of the World: A New History of Art (2007).
Loading...
or
Not Currently Available for Direct Purchase