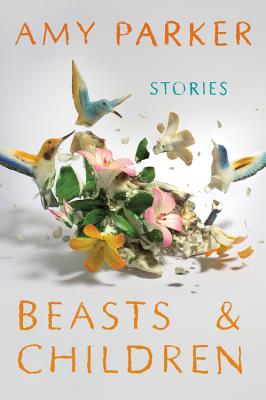 In the tradition of Lorrie Moore, Claire Vaye Watkins, and Rebecca Lee, this debut story collection cuts into the sometimes dark heart of the American family

From the tense territory of a sagging, grand porch in Texas to a gated community in steamy Thailand to a lonely apartment in nondescript suburbia, these linked stories unwind the lives of three families as they navigate ever-shifting landscapes. Wry and sharp, dark and subversive, they keep watch as these characters make the choices that will change the course of their lives and run into each other in surprising, unforgettable ways.

The Bowmans are declining Texas gentry, heirs to an airline fortune, surrounded by a patriarch's stuffed trophies and lost dreams. They will each be haunted by the past as they strive to escape its force. The Fosters are diplomats’ kids who might as well be orphans. Jill and Maizie grow up privileged amid poverty, powerless to change the lives of those around them and uncertain whether they have the power to change their own. The Guzmans have moved between Colombia and the United States for two generations, each seeking opportunity for the next, only to find that the American dream can be as crushing as it is elusive.

Amy Parker's debut collection considers--with an unfailingly observant eye--our failures and our successes, our fractures and our connections, our impact and our evanescence. She marks herself a worthy heir to the long tradition of smart women casting cool and careful glances at the American middle class.

Praise For Beasts and Children…

A New York Times Editors' Choice
Named a "Best Book of 2016" by the St. Louis Post-Dispatch


"Parker’s prose is precise and vital, at points breathtaking. She has a marvelous knack for swift characterization… The stories are most moving when Parker’s emotionally astute eye stays focused on the human dramas...No one is safe, Parker reminds us, especially within the family circle—but one's chosen family can also offer salvation...Parker's own care is evident in the pages of Beasts and Children. The stories, like the mounted heads in the Bowman's trophy room, rivet the gaze, demand that readers reorganize themselves in those glassy eyes—and then become disconcertingly alive.”—Kirstin Valdez Quade, New York Times Book Review

"Parker's knife-edge debut collection ingeniously links the fates of three clans—the dynastic Texas Bowmans, the striving Colombian American Guzmans, and the worldly Fosters - through the intimately observed lives of the young progeny (and pets) on whom the families' messy and magical legacies are not lost."—Elle Magazine

"An electrifying, daring, and magical debut collection sure to appeal to fans of Karen Russell and Lorrie Moore."—Booklist, starred

"[Beasts and Children is] an unflinching and vivid debut, both witty and relentlessly brutal, and an incredible book...Parker’s stories are arrestingly, uniquely bizarre. Rather than kitsch or quirky, they’re instead strange verging on macabre. The surreal and the extraordinary elements of Parker’s stories — often manifesting in the collection’s menagerie of animals — are curious details that give the stories a dream-like tone or serve as symbols of cruel nature for human and beast alike."—St. Louis Post-Dispatch

"A beautiful book, filled with stories that are powerful as individual pieces and abidingly heartrending when taken together. Beasts and Children is an exceptional debut."—The Gazette

“With her hauntingly perceptive and deeply honest voice, Amy Parker transports readers into the astonishing and often calamitous minds of children. Beasts and Children is a dazzling debut to be celebrated.”
—Ruth Ozeki, author of A Tale for the Time Being, My Year of Meats, and others

“Reading Beasts and Children, I was struck not only by Amy Parker's incisive and skillfully crafted sentences but by the depth and integrity with which she treats every one of her characters. A beautiful and engaging debut.”
—Molly Antopol, author of The Unamericans

“Parker's debut collection of interwoven short stories is stunning. At first glance the stories merely examine the inner lives of pedestrian middle class families; then slip in dark and subversive twists. Parker wryly observes each character, fiercely independent and yet reliant on and at the mercy of the natural web of human life that supports and sustains us. Parker's skillful and beautiful use of language, coupled with her capacity to shock makes this book a page turner.”
—Mia Wigmore, Diesel Bookstore in Brentwood

“It isn’t often that we encounter a writer who presents us, as readers, with a new-new style, a new way of looking at our beleaguered, battered world. But Amy Parker is that kind of artist. Beasts and Children is utterly original and true-hearted, a clear-eyed exploration of the natural world and our own delightfully flawed human relationships. The spirit of Flannery O’ Connor resides in this collection of stories; Beasts and Children is the literary debut of a major talent.”
—Nickolas Butler, internationally-bestselling and prize-winning author of Shotgun Lovesongs and Beneath the Bonfire

"Beasts and Children is a beautiful, haunting collection of stories whose deeply flawed and yet deeply human characters weave and wind themselves around your heart. As we follow them from childhood to adulthood, from old age to death, we learn that in the midst of all of life's tragedies, love comes from unexpected places.”
—Chinelo Okparanta, author of Under the Udala Trees and Happiness, LIke Water

“Intense, beautiful, and true, the stories in Beasts and Children speak to that catastrophe known as childhood: the loneliness and fleeting camaraderies; the perilous gaps of adult attention and soul-saving intimacy with the natural world. In her remarkable debut, Amy Parker proves herself an unflinching, passionate, and profoundly humane writer, even as she holds a knife to your heart.”
—Michelle Huneven, author of Blame and others

“Amy Parker’s stories are intensely interested in the human heart, and in particular the way it is often laid bare by the perpetual crises of childhood and family. As the stories twist and knot into what we understand as the characters’ full, complex lives, the reader is taken again and again by the alacrity of Parker’s narrative vision, her radical empathy for person and animal alike, and her touch with language. This collection rejuvenates and fantastically engages a classic preoccupation; it is fiction that does justice to the complicated joy and sadness of being alive, in a family, in this world.”
—Arna Bontemps Hemenway, author of Elegy on Kinderclavier, winner of the 2015 PEN/Hemingway Award

“Amy Parker's stories are thrillingly self-possessed. They stand perfectly poised, like balancing artists, between the lyrical and the no-nonsense, the impassioned and the restrained. She has a gift for uncloaking the mysteries of her characters, particularly the children, who themselves struggle to uncloak the mysteries of the great big world of other minds into which they've been born: friends and grown-ups, strangers and parents, humans and animals alike. I was moved and fascinated by this book. I'll be first in line to read her next.”
—Kevin Brockmeier, author of The Brief History of the Dead and others

“Lyrical and brutally straightforward. . . . The characters in these ten stories are linked across time and space—from Texas in the 1960s and Thailand in the 1980s to California and the mid-West in the present day. Parker reveals the poignant and the painful as well as the eternal hopefulness that characterize the human condition.”
—Alice, Blue Willow Bookshop

AMY PARKER is the author of the critically acclaimed story collection Beasts and Children. She was born in Okinawa, Japan, and spent most of her childhood on diplomatic and military compounds overseas. She returned to the United States after her high school graduation and attended Indiana University, where she studied comparative literature. She won a Michener Fellowship in fiction from the University of Texas, Austin. Afterward, she spent four years doing intensive monastic practice at Tassajara Zen Mountain Center, the oldest Soto Zen monastery in the United States, and at Green Gulch Farm Zen Center in Mill Valley, California. She received lay ordination in the Soto Zen lineage in 2007. She left the monastery for the Iowa Writers' Workshop, from which she graduated in 2012. She lives in Iowa City.
Loading...
or support indie stores by buying on