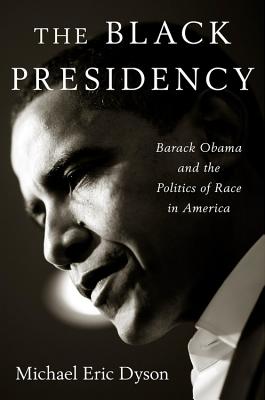 Barack Obama and the Politics of Race in America

A provocative and lively deep dive into the meaning of America's first black presidency, from “one of the most graceful and lucid intellectuals writing on race and politics today” (Vanity Fair).

Michael Eric Dyson explores the powerful, surprising way the politics of race have shaped Barack Obama’s identity and groundbreaking presidency. How has President Obama dealt publicly with race—as the national traumas of Tamir Rice, Trayvon Martin, Michael Brown, Eric Garner, Freddie Gray, and Walter Scott have played out during his tenure? What can we learn from Obama's major race speeches about his approach to racial conflict and the black criticism it provokes?

Dyson explores whether Obama’s use of his own biracialism as a radiant symbol has been driven by the president’s desire to avoid a painful moral reckoning on race. And he sheds light on identity issues within the black power structure, telling the fascinating story of how Obama has spurned traditional black power brokers, significantly reducing their leverage.

President Obama’s own voice—from an Oval Office interview granted to Dyson for this book—along with those of Eric Holder, Al Sharpton, Jesse Jackson, Andrew Young, and Maxine Waters, among others, add unique depth to this profound tour of the nation’s first black presidency.


Praise For The Black Presidency: Barack Obama and the Politics of Race in America…

“Readers will recognize Dyson's practiced flair for language and metaphor as he makes an important and layered argument about American political culture and the narrowness of presidential speech...[T]he book ably maintains a sharp critical edge...[The Black Presidency] might well be considered an interpretive miracle.”
—New York Times Book Review

“An enlightening work...incisive criticisms....Dyson  reinterprets some soaring moments in the Obama race canon...Dyson reconsiders [the post racial debate] in memorable terms and points to the pitfalls inherent in the concept. [Dyson offers] as sharp a distillation of white privilege as you'll ever read.”
—Washington Post

“For a fuller explanation of the relationship between Obama and black America, Michael Eric Dyson’s The Black Presidency is indispensable.”
—The New Statesman

“Driven by the hopes Obama raised with his historical rise to power, Dyson delivers a provocative scrutiny of a presidency as complex as the ongoing issues of race, and he does so with grace and wary empathy.”
—BookPage

“Michael Eric Dyson once again proves his intellectual heft, critical thinking depth and finesse with words and messages. . . .[T]his is a must-read.”—Essence

“Dyson is one of black America's most influential figures...Dyson's criticisms are accurate...The Black Presidency is far from a gloomy read...[Dyson] is always insightful, and entertaining.”
—Macleans Magazine

“The Black Presidency: Barack Obama and the Politics of Race in America by Michael Eric Dyson is a thorough analysis of the historical significance and legacy of Obama's presidency, as well as his often surprising approach to racial issues.”
—Tampa Bay Times

“The Black Presidency is complicated. It's not that it's a dense read (quite the opposite, actually), but its thesis patently refuses to put forward a simplified narrative about Barack Obama's presidency...Dyson is critical of Obama -- specifically, he is critical of Obama's treatment of race -- but he simultaneously recognizes the ways in which the president has been successful.”
—fnewsmagazine

"[The Black Presidency is a] fine, very well-written and thought-out [book that] dissects Obama from a decidedly black perspective, analyzing his complicated relationship to his identity as a black presiden...[Dyson is] sympathetic to Obama...althought that doesn't stop him...from juming on Obama with both intellectual boots...Dyson fights to redeem his subject at his book's intellectually dramatic close."
—The Root

“Georgetown professor and New York Times op-ed contributor Dyson...turns his full critical (and often angry) attention to the president. It's an early take, as Obama has a little under a year left in office, but a smart one.”
—Brooklyn Magazine

“Dyson succeeds admirably in creating a base line for future interpretations of this historic presidency. His well-written book thoroughly illuminates the challenges facing a black man elected to govern a society that is far from post-racial.”
—Kirkus, Starred Review

“Insightful...as America's first black president, Obama faces unusually heightened expectations. He has been in a precarious position, one that Dyson examines diligently and passionately in this timely analysis.”
—Publishers Weekly

“Immensely engaging, unflinchingly honest, and appropriately provocative, Michael Eric Dyson proves, once again, that he is without peer when it comes to contextualizing race in 21st-century America. The Black Presidency is a must-read for anyone who wants to better understand America’s racial past, present, and future, as well as an urgent and vital contribution to any serious discussion of race in the waning moments and aftermath of Barack Obama’s time in office.”
—Gilbert King, author of the Pulitzer Prize-winning Devil in the Grove

“Michael Eric Dyson meticulously captures the tension between the immense burden of expectation and record of achievement of the Obama presidency. His portrait of a legacy still in utero captivates with an uncanny prescience and sometimes-critical eye. The Black Presidency is at once scholarly and emotional; historically important and packed with the irony of the moment; mindful of past and present injustices but, like its subject, striving toward hope. Overall, The Black Presidency represents the great first step in contextualizing our most modern leader in the grand scheme of history.”
—Jesse Eisenberg, Academy Award-nominated actor and author of Bream Gives Me Hiccups

“Prophetic and scholarly, profound and colloquial, luscious and rigorous, empathic and critical, tough and fair, this is Dyson in tip-top form, on the essential and enduring dilemma of our republic—and its expression by and upon the first black president. This book is enormously clarifying.”
—Diane McWhorter, author of the Pulitzer-Prize winning Carry Me Home

“Michael Eric Dyson’s account of Barack Obama and the politics of race is riveting. There have been a plethora of books on Obama’s presidency, but none creates a greater awareness of the burdens, challenges and possibilities he confronts in addressing the changing dynamics of our nation’s race relations. This illuminating, balanced, and well-written book is essential reading for citizens trying to understand the promises and pitfalls of America’s racial maze.”
—William Julius Wilson, Lewis P. and Linda L. Geyser University Professor, Harvard University

“Michael Eric Dyson’s The Black Presidency is a brilliant and searing analysis of what it means to be African-American in the Age of Obama. Every page sizzles with owlish erudition, fearless thinking, and barely contained fury. When it comes to frankly discussing race and American identity Dyson is in a league of his own. Highly recommended!”
—Douglas Brinkley, Professor of History at Rice University and CNN Presidential Historian

“Michael Eric Dyson, as passionate and incisive as always, has written a provocative and important book on President Obama and his relationship with the black community. Whatever your views, it will help you understand the complex puzzle of race and how we can reach for a more just society.”
—Walter Isaacson, CEO of the Aspen Institute, author of Steve Jobs

“In The Black Presidency, Michael Eric Dyson's surgical blade simultaneously lacerates Barack Obama's confounding clumsiness on race, and in the same razor-edged stroke, redeems the current president to a deserved place of permanent legend in American life. No one understands the American dilemma of race—and Barack Obama’s confounding and yet wondrous grappling with it—better than Michael Eric Dyson.”
—Douglas Blackmon, author of the Pulitzer Prize-winning Slavery By Another Name

MICHAEL ERIC DYSON is a New York Times op-ed contributor, a Georgetown University professor, an MSNBC political analyst, and best-selling author of seventeen books, including the American Book Award-winning Come Hell or High Water: Hurricane Katrina and the Color of Disaster. He lives in Washington, D.C.
Loading...
or
Not Currently Available for Direct Purchase