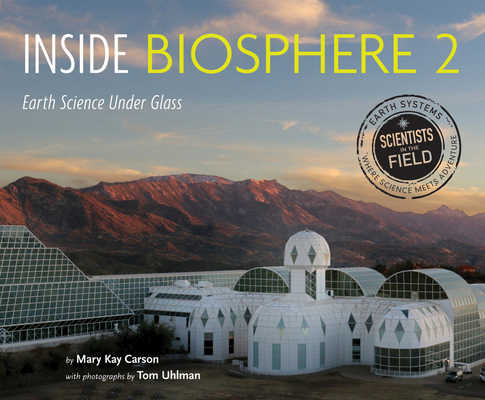 Earth Science Under Glass (Scientists in the Field Series)

In the Arizona desert, scientists conduct studies and experiments aimed to help us better understand our environment and what sort of things are happening to it due to climate change. The location is Biosphere 2, an immense structure that contains a replica ocean, savannah, and rainforest, among other Earth biomes. It’s a unique take on the Scientists in the Field mission statement — in this case, the lab is a replica that allows the scientists to conduct large-scale experiments that would otherwise be impossible.

Praise For Inside Biosphere 2: Earth Science Under Glass (Scientists in the Field Series)…

"An encouraging example of earth scientists working to understand and deal with climate change in new and amazing ways."
—Kirkus

* "From examining how forests handle climate change to the impact of the ocean becoming more acidic, to developing a deeper understanding of the water cycle for soil erosion, and to predicting climate conditions, the scope of the research is vast...Truly eye-opening."
—Booklist, starred review