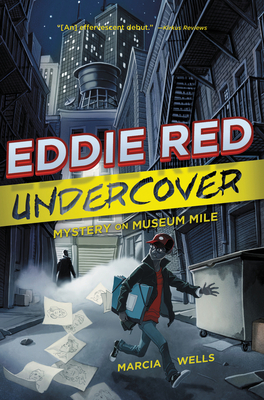 "Bound to be a series that will appeal to fans of fast-paced mysteries." —SLJ Not many sixth-graders work undercover for the NYPD, but Edmund Xavier Lonnrot, code name Eddie Red, is not just any sixth-grader. A “near-death ice cream experience” lands him as a material witness in the police station with his dad, where the NYPD first discovers Eddie's photographic memory and uncanny sketch-artist abilities. Things get dangerous when Eddie is recruited to help track down the infamous Picasso Gang that’s casing NYC's famous Museum Mile. Look for the sequel on p. 53!

Marcia Wells is the author of the Edgar-nominated mystery series Eddie Red Undercover. She holds a Master's degree in Spanish literature and lives with her family in Vermont.