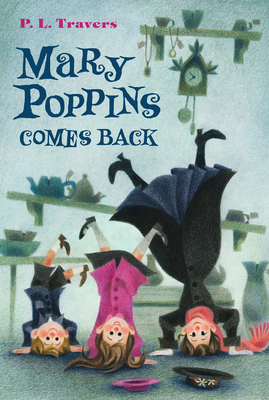 Pulled down from the clouds at the end of a kite string, Mary Poppins is back. In Mary’s care, the Banks children meet the King of the Castle and the Dirty Rascal, visit the upside-down world of Mr. Turvy and his bride, Miss Topsy, and spend a breathless afternoon above the park, dangling from a clutch of balloons.

Praise For Mary Poppins Comes Back…

"When Mary Poppins is about, her young charges can never tell where the real world merges into make-believe. Neither can the reader, and that is one of the hallmarks of good fantasy."--The New York Times

MARY SHEPARD (1910-2000) was the daughter of Ernest Shepard, illustrator of the Winnie the Pooh books and The Wind in the Willows. She illustrated P. L. Travers's Mary Poppins books for more than fifty years.
Loading...
or support indie stores by buying on