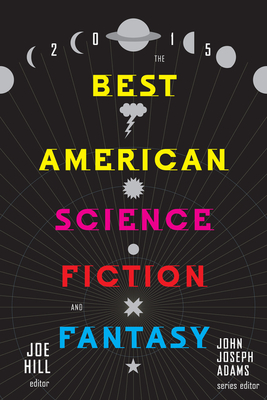 JOHN JOSEPH ADAMS, series editor, is the best-selling editor of more than two dozen anthologies, including Brave New Worlds, Wastelands, and The Living Dead. He is also the editor and publisher of the digital magazines Lightspeed and Nightmare and is a producer of Wired’s podcast The Geek’s Guide to the Galaxy.

JOHN JOSEPH ADAMS is the series editor of The Best American Science Fiction and Fantasy and is the editor of more than thirty anthologies, such as Wastelands, The Living Dead, and The Dystopia Triptych. He is also the editor the Hugo Award-winning Lightspeed, and is also publisher of Lightspeed as well as its sister-magazines Nightmare and Fantasy. For five years he was the editor of the John Joseph Adams Books novel imprint for Houghton Mifflin Harcourt.
Loading...
or
Not Currently Available for Direct Purchase