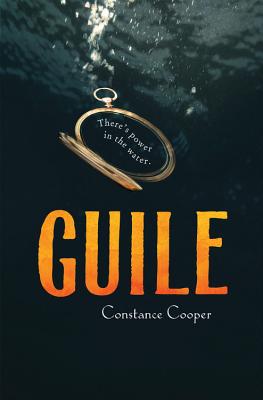 Yonie Watereye lives in the bayou. The water there is full of guile, a power that changes people and objects. Yonie, 16, makes a living investigating objects affected by guile, but in fact it’s her talking cat, LaRue, who has the power to see guile.
Yonie becomes aware that someone is sending harmful guile-changed objects to certain people, including herself. Her investigation becomes entwined with her hunt for the secrets of her mother’s past and leads her to discover dangers hidden within her own family.
In the suspenseful adventure that follows, Yonie and her furry sidekick face challenges that could end their adventuring forever.

"The setting is a blend of Venice’s canals and Louisiana’s bogs; the plot is an almost cozy mystery with red herrings aplenty; the heroine is as plucky as her sidekick is prickly. Add just a dash of romance and you’ve got yourself a fine gumbo of a book that, while satisfying in one gulp, may also have readers returning for second helpings."
—Bulletin

"Cooper adeptly captures the transition from adolescence to adulthood as Yonie faces temptations and hard choices, but the real star of the show is LaRue, whose primness amuses while her mutual loyalty with Yonie gives the story its heart."
—Publishers Weekly

“Memorable, well-drawn characters. . . . Those who like unusual fantasies will enjoy this and will identify with the appealing Yonie as she searches for her roots and a place to belong.”
—Booklist

“Unexpected twists leave readers both on edge and fulfilled. . . . Readers will enjoy unboxing Yonie’s past right along with her.
—Kirkus

Constance Cooper’s award-winning poetry and her short science fiction and fantasy stories have been published in periodicals and anthologies. After working as a software engineer and as a web designer, she now divides her time between writing and taking care of her family. She lives with her husband and children in northern California.
Loading...
or
Not Currently Available for Direct Purchase