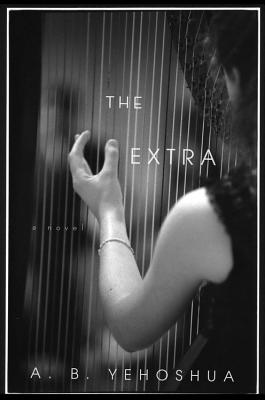 A. B. Yehoshua, Stuart Schoffman (Translated by)

From Israel’s highly acclaimed author, a novel about a musician who returns home and finds the rhythm of her life interrupted and forever changed

Noga, forty-two and a divorcee, is a harpist with an orchestra in the Netherlands. Upon the sudden death of her father, she is summoned home to Jerusalem by her brother to help make decisions in urgent family and personal matters—including hanging on to a rent-controlled apartment even as they place their reluctant mother in an assisted-living facility. Returning to Israel also means facing the former husband who left her when she refused him children, but whose passion for her remains even though he is remarried and the father of two.

For her imposed three-month residence in Jerusalem, the brother finds her work—playing roles as an extra in movies, television, opera. These new identities undermine the firm boundaries of behavior heretofore protected by the music she plays, and Noga, always an extra in someone else’s story, takes charge of the plot.

The Extra is Yehoshua at his liveliest storytelling best—a bravura performance.

Praise For The Extra…

“Stuart Schoffman’s rendition of Yehoshua’s Hebrew prose is a delight, and Noga is a compelling contemporary heroine. Four and a half decades after his first book’s publication his 20th shows Yehoshua’s writing chops are undiminished and his content fearlessly topical.”—New York Journal of Books

“Engaging…Yehoshua is a master in his visual sketches of scenes.”—New York Times Book Review

"In this thoughtful novel, a contentedly single Israeli harpist living in the Netherlands returns home because of a bureaucratic issue to do with her mother’s apartment in Jerusalem. She enjoys her forced sabbatical, wandering the city, sparring with Orthodox neighbors, and freelancing as a movie extra...Yehoshua seems to be hinting that, 'in a country that never ceases to be a threat to itself,' peaceful deadlock is a small but genuine victory."—The New Yorker

"[A] finely etched new novel...Smoothly translated into a lyrical English by Stuart Schoffman, Yehoshua’s style of calm control enfolds the reader in the strains and pulls between Israel and the Diaspora (what he elsewhere calls 'the great debate between Israel and the Golah'), between Jerusalem and Tel Aviv, between private decision and the social imperatives of 'be fruitful and multiply' (a subject Israeli sociologist Orna Donath raises in nonfiction form in her compelling recent book 'Regretting Motherhood'). Out of such tarnished discontinuities Yehoshua has fashioned his art, and from them he has now minted a marvel of a book."—Haaretz​

"The ease with which Yehoshua captures the inner life of his quirky heroine in all its lush undertones and self-enforced solitude is special . . . Rich in reflection and personal truth. Yehoshua's masterful portrayal of a female musician at a pivotal moment in her life is deep, unpredictable, and, in the end, surprisingly suspenseful."—Kirkus, starred review

"This story of family relationships and personal choices offers an insightful look at redemption and acceptance."—Booklist

"In The Extra, award-winning Israeli novelist A. B. Yehoshua movingly portrays a woman’s struggle for independence amid familial expectations and obligations...Readers who enjoy delving into the intersections of art and literature, or who are interested in the difficulties of controlling one’s trajectory while simultaneously remaining responsive to friends and family, will appreciate the ideas put forth in Yehoshua’s latest piece."—Jewish Book Council

STUART SCHOFFMAN, a journalist and translator, is a fellow at the Shalom Hartman Institute in Jerusalem and editor of Havruta: A Journal of Jewish Conversation.
Loading...
or
Not Currently Available for Direct Purchase