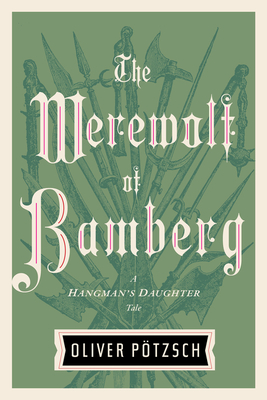 In 1668, hangman Jakob Kuisl, his daughter Magdalena, and her husband Simon travel to the town of Bamberg. But what was planned as a family vacation soon becomes a nightmare: a murderer in Bamberg is leaving the severed limbs of victims in the trash outside the city. When rumors quickly spread that the deaths are the work of a werewolf, Jakob must prove the superstition wrong and embarks on a search for the “devil of Bamberg.” This thrilling fifth entry in Oliver Pötzsch’s Hangman’s Daughter series follows the continuing adventures and mysteries that surround the Kuisl family.


Praise For The Werewolf of Bamberg (Hangman's Daughter Tales #5)…

"Pötzsch effectively conjures up an atmosphere of claustrophobia and paranoia . . . . The tension, as the Kuisl family finds itself in the midst of the hunt, is palpable, leading to a cleverly clued solution." -- Publishers Weekly, starred review
"The setup is delicious . . . good fun overall." -- Kirkus  Reviews