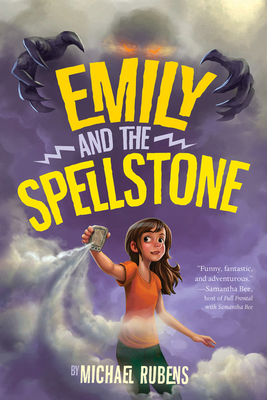 Emily And The Spellstone

Emily picks up a stone that looks like a cell phone but has unexpected magical powers. It's a Spellstone! Now that she has become an unwilling Stonemaster—one who wields the power of the Stone—she has to figure out Spellstone technology fast if she is to survive a hair-raising adventure among giant dogs, demons, clones, mean girls, and deeply wicked people who want the Stone. A witty tale of a quiet girl who discovers she's a hero when she needs to be. Stonemasters rule!


Praise For Emily And The Spellstone…