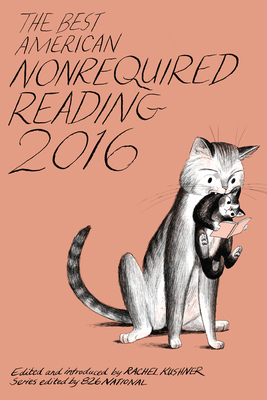 In a small but comfortable conference room, in a publishing house in San Francisco, a group of high school students met weekly over the past year to read literary magazines, chapbooks, graphic novels, and countless articles. They had some good times. There was a whiteboard in the conference room, and often cartoons were drawn on this whiteboard. The cartoons were of varying quality. By the end of the year, with the help of a similar committee of high school students in Ann Arbor, and their guest editor, Rachel Kushner, they selected the contents of this anthology. The Best American Nonrequired Reading 2016 features stories about Bulgarian spaceships, psychedelic mushroom therapy, and a cyclorama in Iowa. If you don’t know what a cyclorama is, you aren’t alone. Read on to find out.

826 NATIONAL is a family of seven nonprofit organizations dedicated to helping underserved students, ages six through eighteen, with their creative and expository writing skills. They're located in San Francisco.

"What they have given us is a gift.... One wonders how the world might be different if works in Best American Nonrequired Reading were indeed required."
—USA TODAY