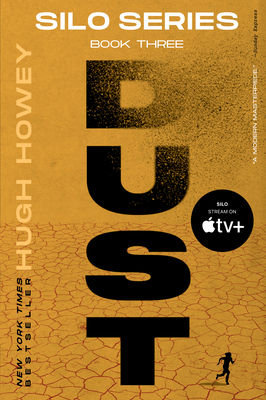 Wool introduced the world of the silo. Shift told the story of its creation. Dust will describe its downfall

Juliette, now mayor of Silo 18, doesn’t trust Silo 1, especially its leader, Donald. But in the world of the Silos, there is no black and white—everything is shades of gray. Donald may not be the monster Juliette thinks he is, and may in fact be key to humanity’s continued survival. But can they work together long enough to succeed?

“This is the best science fiction series I’ve read in years. Not since A Canticle for Leibowitz have I been so utterly enthralled.” — Douglas Preston, #1 New York Times bestselling author

“A superior sci-fi thriller, both slick and gritty.” — Financial Times

“The saga that began in 2011 with a breathtaking self-published novel called Wool comes to a satisfying end with Dust.” — Entertainment Weekly