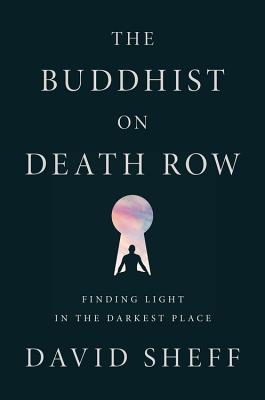 The Buddhist on Death Row

Finding Light in the Darkest Place

The true story of the death row inmate who became a world-renowned Buddhist teacher, and what his journey can teach us about freedom, love, and forgiveness

Jarvis Jay Masters arrived in San Quentin at age nineteen, convicted of armed robbery. After five violent years there, he was charged with murdering a guard and sentenced to death—a verdict he still contests today.

His journey to enlightenment began in the darkest place: death row. Sleepless, anxious, and angry, Masters at first sneered at the idea of meditation. But in desperation, he started to practice.

David Sheff traces that path to enlightenment in a series of revelatory scenes. We see how Masters found internal calm and comfort, how he came to treasure the smallest pleasures, how he set aside his anger, and how he forgave his abusive father.

Masters practices radical pacifism in one of the most violent places imaginable, quelling conflicts among prisoners, even saving lives. Renowned Buddhist nun Pema Chödrön has come to see him as one of her most important teachers.

Having faced down extreme versions of trials we all face, Masters gained hard-won insights that illuminate our own and others’ pain in powerful new ways. His journey elucidates core principles that can enhance our own lives, and reveals how to find peace and joy in a world beset with suffering.

DAVID SHEFF is the author of several books, including the #1 New York Times best-selling memoir Beautiful Boy. His writing has appeared in the New York Times, the New York Times Magazine, Rolling Stone, Playboy, Wired, and many other publications. His ongoing research and reporting on the science of addiction earned him a place on Time magazine's list of the World's Most Influential People. Sheff and his family live in the San Francisco Bay Area. Visit David at DavidSheff.com, and on Twitter @david_sheff.