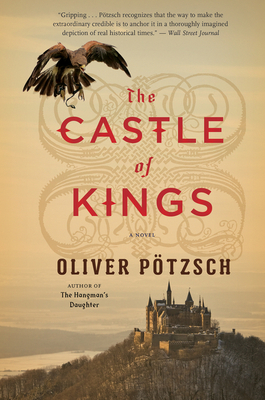 The Castle of Kings

“Pötzsch paints picturesque landscapes, whether it’s damp, dark castles, the stink of a medieval tannery, or whirlpool-plagued Rhine River rapids . . . Combine Princess Bride with Germanic history circa 1500, add a dash of Lord of the Rings, and there’s a week of good fun.” — Kirkus Reviews

In 1524, in what is now Germany, hundreds of thousands of peasants revolted against the harsh treatment of their aristocratic overlords. Agnes is the daughter of one of these overlords, but she is not a typical sixteenth-century girl, refusing to wear dresses and spending more time with her pet falcon than potential suitors. There is only one suitor she is interested in: Mathis, a childhood friend whom she can never marry due to his low birth status.

In the midst of war, Agnes’s falcon finds a mysterious ring, and Agnes begins having strange but seemingly meaningful dreams. Dreams that lead her and Mathis to run away from their home in Trifels Castle and into the midst of the tumultuous Peasants’ War, cast into an adventure that will lead them to shocking revelations about themselves and the future of the emerging German states.

“The war scenes are grimly realistic, and the narration gripping . . . The author makes the fantastical elements work by harnessing them to the grim reality of the Peasants’ War, setting his far-fetched romance in an utterly convincing world of economic hardship, social strife and religious and political uncertainty.” — Wall Street Journal