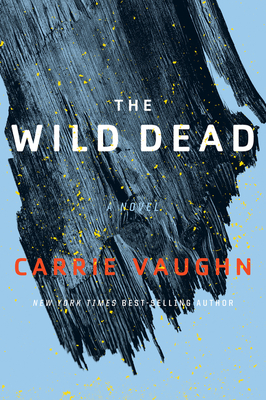 The Wild Dead (The Bannerless Saga)

“The Wild Dead is a tightly plotted mind-thrill . . . This is the feminist dystopian mystery series you didn’t know you needed.” — Meg Elison, Philip K. Dick Award–winning author of The Road to Nowhere series

Mysteries and murder abound in the sequel to the Philip K. Dick Award–winning Bannerless

A century after environmental and economic collapse, the people of the Coast Road have rebuilt their own sort of civilization, striving not to make the mistakes their ancestors did. They strictly ration and manage resources, including the ability to have children. Enid of Haven is an investigator, who with her new partner, Teeg, is called on to mediate a dispute over an old building in a far-flung settlement at the edge of Coast Road territory. The investigators’ decision seems straightforward — and then the body of a young woman turns up in the nearby marshland. Almost more shocking than that, she’s not from the Coast Road, but from one of the outsider camps belonging to the nomads and wild folk who live outside the Coast Road communities. Now one of them is dead, and Enid wants to find out who killed her, even as Teeg argues that the murder isn’t their problem. In a dystopian future of isolated communities, can our moral sense survive the worst hard times?

“An intriguing mystery made compelling by its post-apocalyptic setting . . . Another great read from Vaughn.” — S. M. Stirling, New York Times best-selling author of The Sky-Blue Wolves and Dies the Fire


Praise For The Wild Dead (The Bannerless Saga)…

"This thrilling postapocalyptic mystery, which demonstrates the author's wide range of style, will please Vaughn's many fans." —Library Journal, starred review   "Enid is a capable, honest, relentless seeker of answers, and her investigation is reminiscent of classic hardboiled mysteries. Despite an almost palpable air of claustrophobic foreboding, this tale still manages to convey a sense of hope and optimism." —Publishers Weekly   "Structurally, this is a standard police procedural; it’s the environment, the carefully constructed future society, that gives it a unique flavor. Beautifully executed." —Booklist —

Carrie Vaughn's work includes the Philip K. Dick Award winning novel Bannerless, the New York Times Bestselling Kitty Norville urban fantasy series, over twenty novels and upwards of 100 short stories, two of which have been finalists for the Hugo Award. An Air Force brat, she survived her nomadic childhood and managed to put down roots in Boulder, Colorado. Visit her at www.carrievaughn.com.