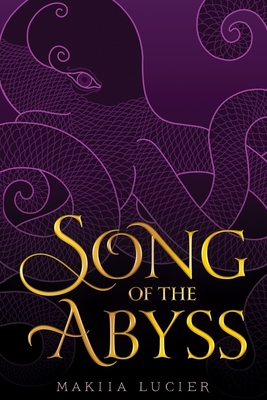 Song of the Abyss (Tower of Winds)

As the granddaughter of a famed navigator, seventeen-year-old Reyna has always lived life on her own terms, despite those who say a girl could never be an explorer for the royal house of St. John del Mar. She is determined to prove them wrong, and as she returns home after a year-long expedition, she knows her dream is within reach. No longer an apprentice, instead: Reyna, Master Explorer. But when menacing raiders attack her ship, those dreams are pushed aside. Reyna’s escape is both desperate and dangerous, and when next she sees her ship, a mystery rises from the deep. The sailors—her captain, her countrymen—have vanished. To find them, Reyna must use every resource at her disposal . . . including placing her trust in a handsome prince from a rival kingdom. Together they uncover a disturbing truth. The attack was no isolated incident. Troubling signs point to a shadowy kingdom in the north, and for once, the rulers of the Sea of Magdalen agree: something must be done. But can Reyna be brave enough to find a way?


Praise For Song of the Abyss (Tower of Winds)…

"Like its predecessor, this action-packed novel delivers a large cast of enthralling characters that never disappoint....The lands Lucier carries readers to are stunning. She expertly weaves culture, history, magic, and fantasy together into one explosive story."—Booklist   "Lucier’s fantasy world-building is exquisite—deadly sea monsters, siren-like bird-women, exotic customs, and elements of magic—and the romance is heady. Fans of Isle of Blood and Stone will thoroughly enjoy this return to the enchanting Sea of Magdalen."—The Horn Book   "[A] superbly developed heroine, charming secondary characters, and playful dialogue..... A delightful romantic adventure flavored with ancient legends and salty ocean lore."—Kirkus —