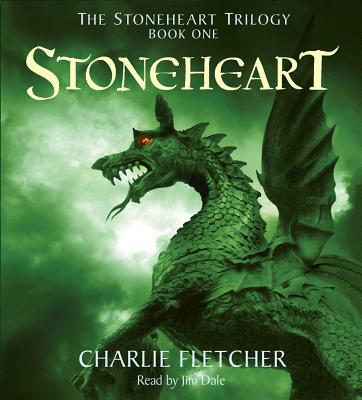 When statues start coming to life, 12 year old George Chapman discovers that there are many layers to London, all intertwined in a timeless battle between those with souls and those withoutA city has many lives and layers. London has more than most. Not all the layers are underground, and not all the lives belong to the living. Twelve-year-old George Chapman is about to find this out the hard way. When George breaks the head from a stone dragon he awakes an ancient power that has been dormant for centuries. Now that George has disturbed the fragile truce between the warring statues of London, he is forced into a race for survival where nothing is what it seems and and it's never clear who to trust. And this is just the beginning as the statues of London awake...

Charlie Fletcher studied English Literature at St. Andrews in Scotland and screenwriting at the University of Southern California School of Film and Television in Los Angeles. Charlie had written for television, film and had also done a spot of journalism now and again before turning his hand to write Stoneheart, his first novel for children. Charlie Fletcher lives and writes in Edinburgh with his wife, two children and a terrier called Archie.
Loading...
or
Not Currently Available for Direct Purchase