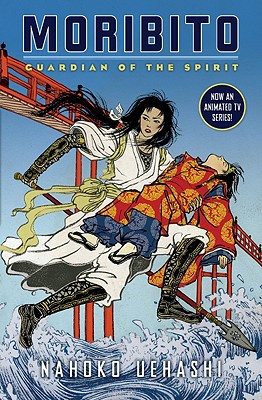 Guardian of the Spirit

“Fans of Japanese folktales and Japanese movies will like this combo fantasy/Japanese fairy tale. Moribito is a warrior for hire. She saves Prince Chagum's life, but his father, the emperor, wants him dead. Chagum must flee the comfort of the palace, and Moribito must discover the meaning of the spirit that has taken over his body to save the prince's life -- and save the empire.”
— Margaret Brennan Neville, The King's English, Salt Lake City, UT
View the List

Balsa was a wanderer and warrior for hire. Then she rescued a boy flung into a raging river -- and at that moment, her destiny changed. Now Balsa must protect the boy -- the Prince Chagum -- on his quest to deliver the great egg of the water spirit to its source in the sea. As they travel across the land of Yogo and discover the truth about the spirit, they find themselves hunted by two deadly enemies: the egg-eating monster Rarunga . . . and the prince's own father.

Nahoko Uehashi is the author of ten books in the Moribito series, which have sold more than a million copies and won many major literary awards in her native Japan. An associate professor at a Japanese university, she has a Ph.D. in cultural anthropology and studies indigenous peoples in Australia. She lives near Tokyo, Japan.
Loading...
or
Not Currently Available for Direct Purchase