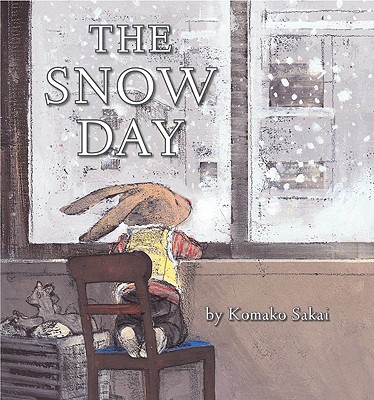 The best snow day book since Ezra Jack Keats's THE SNOWY DAY...
A young rabbit wakes up to wonderful news: A snow day School is canceled, and the day that follows is rich with the magic and delight of the falling snow. And yet there is longing too, as the young rabbit and his mother wait for news of his father, grounded on a plane in a faraway city.... The news that his father will be home tomorrow gives the book a peaceful, comforting, and perfect ending.

Komako Sakai studied art in Tokyo, Japan, where she worked as a textile designer before she began illustrating picture books. She has won awards around the world, including the Japan Picture Book Prize, a Golden Plaque at the Biennial of Illustrations in Slovakia, and a Silver Griffin in the Netherlands. Her book Emily's Balloon was named an ALA Notable Children's Book and a Horn Book Fanfare title, and The Snow Day received four starred reviews. She lives in Japan.
Loading...
or
Not Currently Available for Direct Purchase