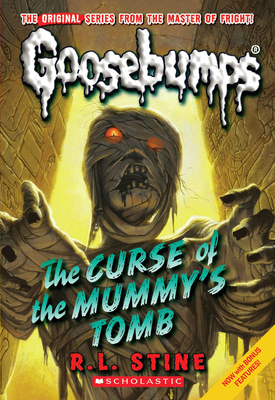 Discover the original bone-chilling adventures that made Goosebumps one of the bestselling children's book series of all time!Gabe just got lost--in a pyramid. One minute, his crazy cousin Sari was right ahead of him in the pyramid tunnel. The next minute, she'd disappeared.But Gabe isn't alone. Someone else is in the pyramid, too. Someone. Or some thing.Gabe doesn't believe in the curse of the mummy's tomb. But that doesn't mean the curse isn't real. Does it?Now with all-new bonus materials including a Q&A with the author and more!