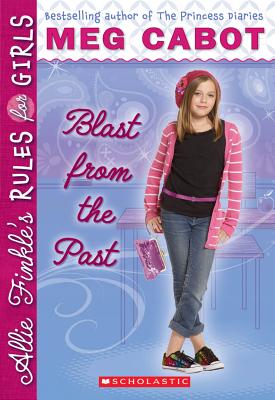 Blast from the Past

Allie returns with new rules in the sixth book of the acclaimed series!

Allie's excited about her class field trip. Sure, it's to a historic one-room schoolhouse, built back before there was the Internet or even cell phones, and Allie's teacher is encouraging everyone to dress up in old timey costumes, which some of Allie's friends are actually doing. GAH! But at least she gets to ride on a bus, which she's never gets to do, living so close to school that she actually has to walk there every day!

But then Mrs. Hunter announces that every student in Room 209 has been assigned a "buddy" for the day--from Allie's old 4th grade class at Walnut Knolls Elementary School, with whom Pine Heights Elementary is pairing up for the trip. And Allie's buddy just happens to be her ex-best friend Mary Kay, who betrayed Allie right before she moved! Allie is going to have to spend a whole day sharing an old-timey desk with a big crybaby!

Praise For Blast from the Past…

Allie's rules offer wisdom and a touch of hilarity.” BookPage

The irony is hilarious and touching, and [Meg Cabot] addresses preteen agony by rendering boys and girls alike in a three-dimensional light.” Kirkus Reviews

In the character Allie Finkle, Cabot captures this moment of transition and makes it feel not just real, but also fun, and funny.” Publisher's Weekly