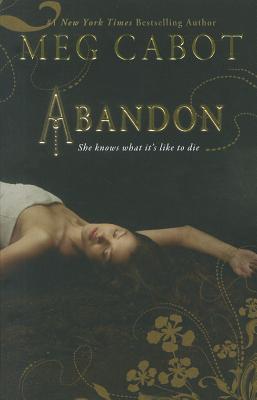 New from #1 New York Times bestselling author Meg Cabot, a dark, fantastical story about this world . . . and the underworld.
Though she tries returning to the life she knew before the accident, Pierce can't help but feel at once a part of this world, and apart from it. Yet she's never alone . . . because someone is always watching her. Escape from the realm of the dead is impossible when someone there wants you back.
But now she's moved to a new town. Maybe at her new school, she can start fresh. Maybe she can stop feeling so afraid.
Only she can't. Because even here, he finds her. That's how desperately he wants her back. She knows he's no guardian angel, and his dark world isn't exactly heaven, yet she can't stay away . . . especially since he always appears when she least expects it, but exactly when she needs him most.
But if she lets herself fall any further, she may just find herself back in the one place she most fears: the Underworld.

Praise for Meg Cabot:
Cabot shows the dark side behind the bling-blingy superficial worlds.” Teenreads.com
"[The] strong, amusing voice, the plot twists, and the possibility of romance will draw mystery and chick-lit readers alike." ALA Booklist
Bag the tiara and get out the gun ... Cabot delivers.” Publishers Weekly