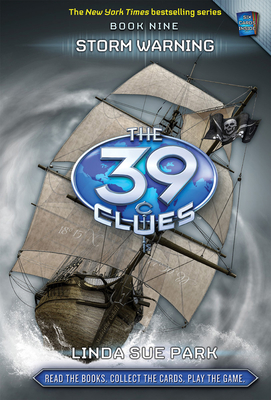 The end is near! Book 9 of the #1 NY Times Bestselling series.The shadow of a man in black has followed fourteen-year-old Amy Cahill and her younger brother, Dan, on their worldwide search for 39 Clues that lead to a great power. Amy and Dan know the man in black has tried to kill them. They know he's a Madrigal, the most secretive and terrifying group hunting for the Clues. Amy and Dan have run hard and fast, but they can't escape the man following them. And now, in the wake of a terrible tragedy, he's ready to step out of the darkness for their final confrontation.

Linda Sue Park became a professional writer when she published her first poem at age nine. She went on to become a journalist, a food critic, and an English teacher, but Park did not test her hand at writing fiction until she was in her midthirties, at the same time that she began to explore her Korean heritage in earnest. Her research resulted in a treasure trove of children's books, each of which delves into a different piece of Korean history. In 2002, Park was awarded the Newbery Medal for her third novel, A Single Shard becoming the first Korean American to take home the honor.
Loading...
or support indie stores by buying on